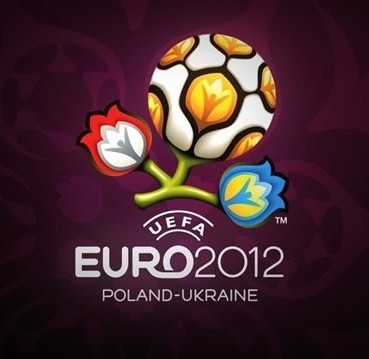 Euro 2012 – the 14th European Championship for teams sanctioned by the UEFA – is scheduled to be played between 8th June and 1st July 2012 in Poland and Ukraine.

Spain are the current holders of the cup – they defeated Germany in the final in Austria / Switzerland version of the tournament in 2008.

The groups and the schedule of the Euro 2012 have been announced and the groups are as follows:

You can see the team by team preview of Euro 2012 from a couple of weeks ago and here we’re covering the football gear to be used by the national teams in the tournament.

Before we look at what kits the players will be donning for the competition, lets look at the official Euro 2012 match ball:

The official match ball that will be used for the duration of the tournament in Poland and Ukraine in the coming summers is the adidas Tango 12. It is a brand new ball inspired by the famous line of adidas Tango balls.

Here’s a picture of the ball. As soon as it is made available, we will have it up for grabs in the Soccerlens Store.

All the football gear and kit manufacturers have lined up for the biggest tournament in Europe and they present to you the Euro 2012 shirts:

Chelsea stopper Petr Cech, Arsenal midfielder Tomas Rosicky and Galatasaray forward Milan Baros will probably be featuring for the last time in a major tournament and surely, they will all want to end their careers on a high.

Czech Republic will wear a Puma manufactured red shirt with white and blue details. They will be playing in Group A.

England captain John Terry came under much scrutiny before the start of the 2010 World Cup in South Africa but this time around, things seems to be relatively smoother. Fabio Capello will be looking to exit the job with grace.

England are placed in Group D and will play their opening fixture against the French national team. The Three Lions will wear a plain white shirt, manufactured by Umbro.

They will wear navy blue away shirts with light blue collars.

France are also placed in Group D and they will play their opening fixture against England. The French squad is relatively younger blood from last time around. Karim Benzema is set to lead the attack as Franck Ribery will takeover the creative part.

Les Bleus will wear a Nike manufactured navy blue shirt. The only details on the shirt are the Nike swoosh and the team emblem.

The Frenchmen will wear a white away shirt with black horizontal stripes – kind of like the prisoners.

Euro 2008 finalists, Germany are seeded in Group B and it is the toughest group in this tournament. Mesut Ozil and Lukas Podolski will be looking to steal the show with sound backing from the rest of the squad. Joachim Low will be looking to leave previous disappointments behind.

Germans will wear a very attractive white shirt with diagonal black, red and yellow lines on the front and black adidas pin-stripes on the shoulder.

Participating in Group C, Italy will open the tournament with a match against the world champions. Juventus’ fantastic shot-stopper Gianluigi Buffon will look to play this tournament through as Daniele De Rossi and his midfield will have to take the pressure off of defence and supply Mario Balotelli up front.

Italy will wear the Puma manufactured blue shirt with a white collar containing details in the colours of the Italian flag.

LA Galaxy striker and national team captain Robbie Keane will look to lead Ireland to at least give a tough time to the giants of Group C. He will need all the expertise Shay Given, John O’Shea and Darron Gibson have to offer.

Ireland will wear a white away shirt with green details. The kits are manufactured by Umbro.

Click here to buy Republic of Ireland Euro 2012 away shirt.

Arsenal striker Andrie Arshavin will captain a Russia side out of which only four players ply their trade outside of the country. Tottenham forward Roman Pavlyuchenko, Vfb Stuttgart forward Pavel Pogrebnyak and Everton midfielder Diniyar Bilyaletdinov are the three other players who play outside of Russian Premier League. Yuri Zhirkov’s services will also be available.

Russia will wear an adidas manufactured red shirt with a blue and white diagonal stripe going down the front.

Reigning world and European champions, Spain will play Euro 2012 in Group C. Since the triumph in the World Cup, the Spaniards haven’t been in top form but they should never be underestimated with the quality of the squad they possess.

Head coach Vicente del Bosque will be looking for a repeat performace from his team which features five Real Madrid players and eight Barcelona players. Another three Barca players have been called-up for the squad recently (Martin Montoya, Thiago Alcantara and Pedro).

Spain will wear a red jersey proudly featuring a single golden star above their team emblem. The kit is manufactured by adidas.

Andriy Shevchenko captains the Ukraine side and the former AC Milan and Chelsea striker will look to impress in front of his home crowd. Ukraine are in Group D and will face tough competition from Sweden, France and England.

They will wear an adidas manufactured yellow shirt with blue details.