The Italian National Team are one of the favourites to win the Euro 2012 tournament. The Azzuri last tasted success at the 2006 World Cup and are always one of the main contenders for every major tournament. The “old guard” of Maldini, Totti, Del Piero and Cannavaro may no longer be in place, but a number of other top stars such as Guiseppe Rossi, Claudio Marchisio and Mario Balotelli have taken over the reigns.

Italy had a comfortable passage to the Finals, where they now face a tough group including Ireland, Croatia and defending champions Spain.

Kit manufacturers Puma have released a new Italy home shirt for the Euro 2012 Finals. The kit, which is available to buy in the Soccerlens store, is the traditional blue colour of the Italian home soccer jersey and features both the Puma badge and Azzurri crest on the chest. 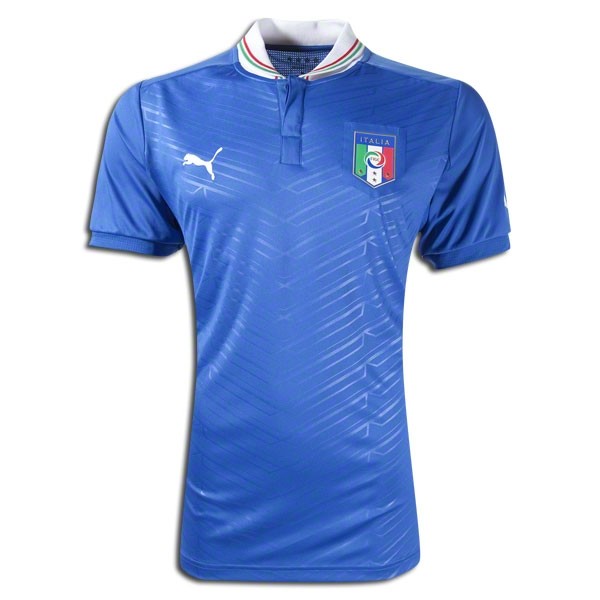