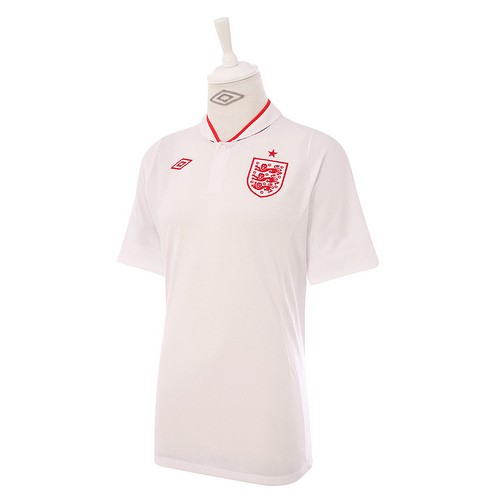 The new England 2012 home shirt – created specifically by Umbro for England’s Euro 2012 campaign – is a classic white and red number that incorporates a lot of feedback given by England fans on the previous kit. Gone are the fancy crosses at the back and the blue, and as Umbro themselves say, they’re sticking to the standard white and red from the St. George’s Cross on the England flag.

This new England shirt though, is a nice, simple bit of business. They won’t keep this till the World Cup (but at least they’ll keep it during World Cup qualifying), so enjoy it while it lasts (i.e. Euro 2012 group stages).