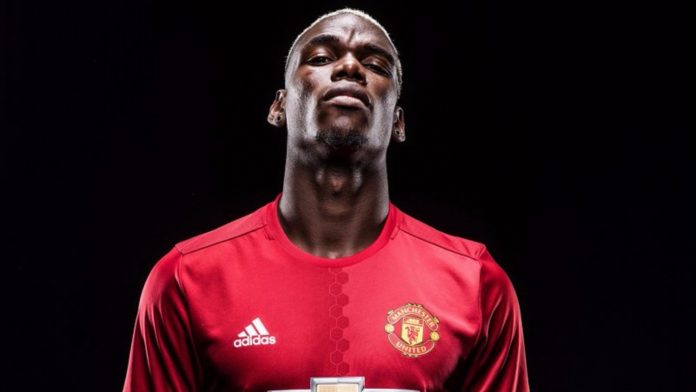 Manchester United face Liverpool in the Premier League later tonight and all eyes will be on the world’s most expensive footballer, Paul Pogba.

Ahead of the high-octane clash between two of England’s greatest clubs, Adidas have released a video promoting their new campaign and it documents Pogba’s journey from his childhood to Old Trafford.

The video has been titled Football Needs Creators, and according to Adidas’ VP of Brand Communications, Ryan Morlan, Pogba has always been a creator.

At the end of the video, Pogba’s sole purpose at Manchester United is revealed. He says: “I am here to create.”

Adidas’ campaign fits in with the Frenchman’s style of play. Pogba is indeed a creative central midfielder and responsibility to “create” will be vital against Liverpool tonight. The Merseyside giants love to press their opponents and Manchester United will need his creative talents if they are to win.

The YouTube video features a voiceover from his mother, and the campaign highlights Pogba’s tendency to do the unexpected, in his own unique ways. The idea is to encourage other players to evolve creatively and act in their own unique ways.

Speaking about the campaign, Morlan said:

Creativity has always been the difference maker for Paul Pogba in all facets of his life, on and off the pitch. Since childhood, his imagination has been the catalyst to defying the norm in the world of football. Pogba’s story mirrors our belief that creativity will take you further than your mind or body alone. There is only one Pogba, but all athletes can look to him for inspiration to use one’s own creativity to make new rules in their sport.

Pogba has had a mixed start to the season so far and this is a great opportunity for his to show why Manchester United shelled out a world record transfer fee for him this summer. The French international has scored once in his eight appearances for the Red Devils this season.