Bundesliga giants Borussia Dortmund have sent a message to Leeds United after the English Championship side gained promotion to the English Premier League yesterday.

The Elland Road outfit have been out of the top-flight since getting relegated in 2004, and they have spent three of that 16-year absence in the League One.

Leeds came close to promotion last term only to miss out on the play-offs final, but they have done so this time with two games to spare after Huddersfield Town handed West Bromwich Albion a 2-1 defeat on Friday evening.

Dortmund were keen to see the Whites return to the Premier League, and they took to Twitter to react thus:

Congrats to our twin town Leeds! 👏

Dortmund striker and Leeds-born Erling Haaland simply reacted to his club’s message by liking the post on Twitter. 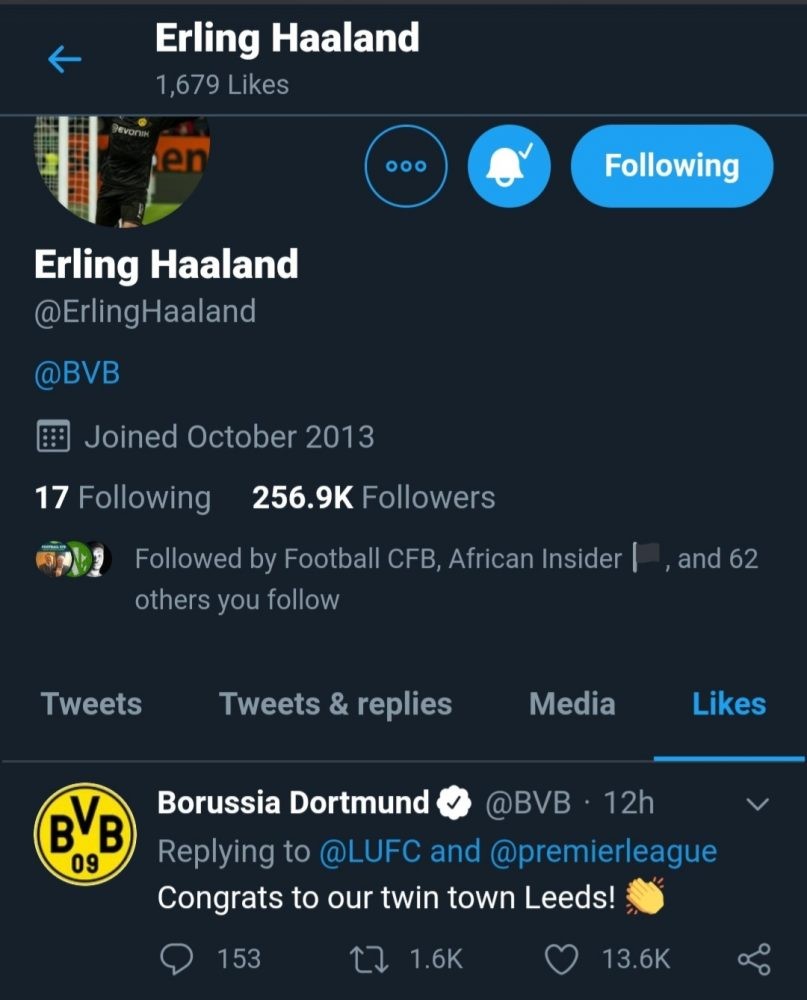 Former Leeds defender Alf-Inge Haaland gave birth to Erling while he was still at the club, and the 19-year-old hitman dreams of winning the Premier League title with the Elland Road outfit.

It could come to past in the near future with Leeds now in the English top-flight after waiting for 16 years.

Marcelo Bielsa’s side will now look to establish themselves as a mainstay in the Premier League, and they will fancy their chances of quickly challenging for Europe after Sheffield United and Wolverhampton Wanderers proved that it is possible.