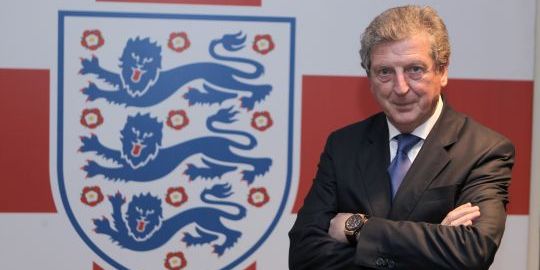 Roy Hodgson has today revealed his England World Cup squad for the 2014 summer tournament in Brazil.

The biggest news of the announcement arguably lands with the inclusion of young Ross Barkley, the outstanding young Everton talent, who joins his club teammates Leighton Baines and Phil Jagielka in the squad, while Southampton trio Rickie Lambert, Adam Lallana and Luke Shaw have all been given the nod.

With Ashley Cole’s England career now over, following his last-ditch announcement last night, the England ‘Old Guard’ has become a very small commodity, with Hodgson plumping for youth over experience in this vibrant 23-man squad.

Liverpool are strongly represented, with no less than five players part of the 23-man squad (Jon Flanagan is included in the seven-man standby list).

Chelsea duo Gary Cahill and Frank Lampard make the cut, although it is doubtful whether the latter will see any game time, what with so competition in the central midfield area.

Check out the full team below, presented in a neat graphic released on the official England Twitter account: 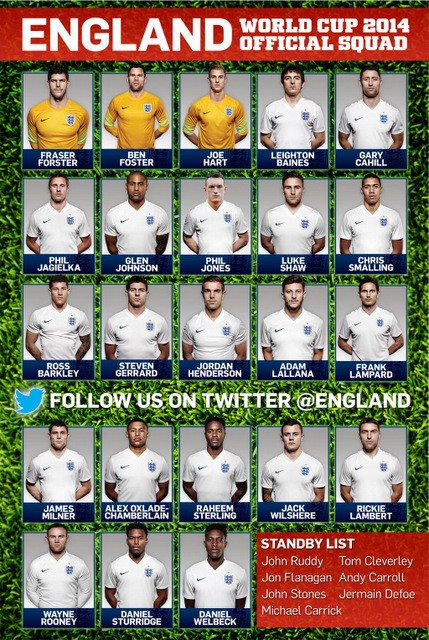 What do you think of Hodgson’s selections? Would you change anything? Get involved in the comments below…