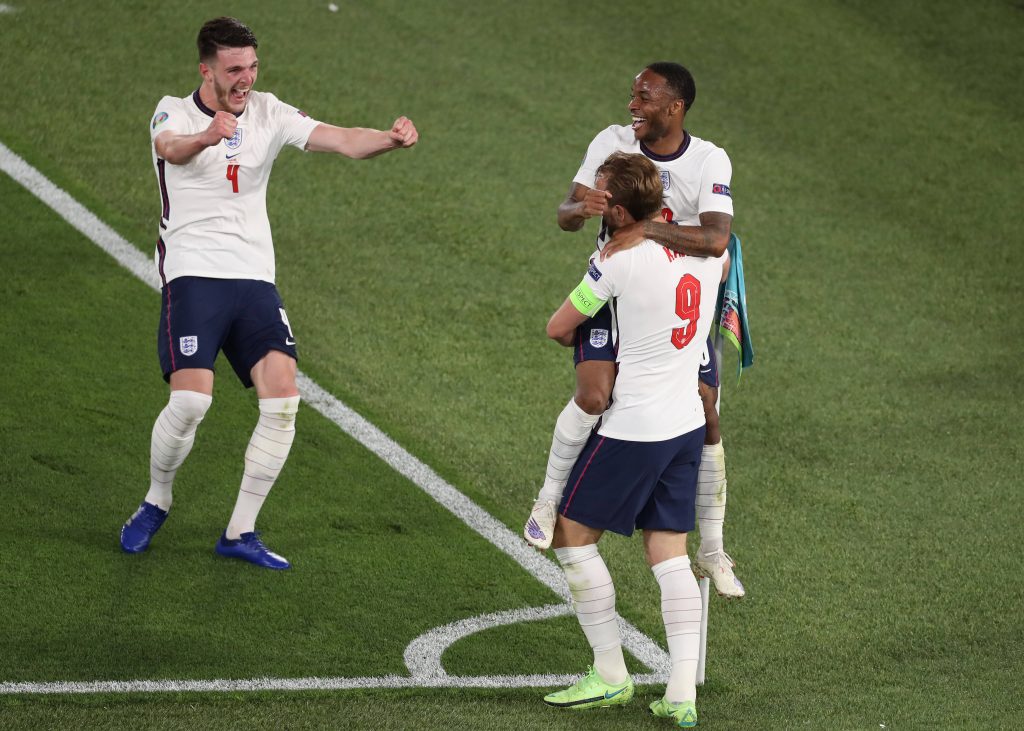 Following a breathtaking display against Ukraine in Rome, England return to Wembley Stadium to meet Denmark in an intriguing Euro 2020 semi-final fixture on Wednesday.

England have peaked at the right time and will be looking to maintain their intimidating form against everyone’s ‘second team.’

In the meantime, Denmark’s team spirit has made them one of the most popular sides across the continent as they hope to dedicate another impressive achievement to Christian Eriksen.

England’s most convincing performance at Euro 2020 so far came at the Stadio Olimpico last time out as they dismantled Ukraine 4-0 to reach the Euro semi-finals for the first time since 1996.

The Three Lions have played their remaining four Euro 2020 matches at Wembley, scoring four unanswered goals (W3, D1) to qualify for the last four as the only side yet to concede at the tournament.

If they manage to shut out Denmark in London, England will become the first nation to keep a clean sheet in each of their first six games at the European Championships.

After a paltry goalscoring return in the group stages, Harry Kane and co have rediscovered their killer instincts in the knock-outs, netting a total of six goals against Germany and Ukraine.

Particularly dangerous beyond half-time, Gareth Southgate’s men have registered a clear majority (75%) of their Euro 2020 goals so far in the second half of play (6/8).

Kane, who scored three goals in his last two Euro matches after drawing a blank in his first seven at the tournament, could become England’s joint-top scorer at major tournaments.

The Tottenham talisman has gathered nine goals across World Cups and Euros and is only one short of equalling Gary Lineker’s tally of ten.

Manchester City forward Raheem Sterling has been England’s most productive player at Euro 2020 so far, scoring three and assisting one to take his tally to 22 goal contributions in his last 21 international appearances.

Denmark seem to have managed to leave an early shock involving Eriksen’s on-field collapse on Matchday behind, winning their last three Euro fixtures by an aggregate score of 10-2.

After failing to score in their tournament opener (L2), Danish Dynamite have netted 11 goals in their subsequent four Euro 2020 matches, with only Spain (12) scoring more ahead of the semi-finals.

Kasper Hjumland’s men have developed a habit of delivering flying starts, as witnessed by the fact they won the first half ‘to nil’ in each of their last four Euro outings.

This will be Denmark’s first appearance in the Euro semi-finals since their victorious 1992 campaign, which was also the only time they managed to progress from the last four in three attempts.

Nice striker Kasper Dolberg has notched three goals in his two Euro 2020 starts so far as he looks to become the third Danish player to score four at a single Euro final tournament.

Premier League duo Jannik Vestergaard and Andreas Christensen have partnered captain Simon Kjaer in Hjumland’s three-man backline in the last four matches and should continue to do so against England.

A 3-0 victory at the 2002 World Cup remains England’s solitary success in their last six meetings with Denmark across all competitions (D3, L2).

However, the Three Lions should be confident of beating the Danes after keeping a clean sheet in both of their previous encounters at major tournaments (W1, D1).

Interestingly, all seven matches between these two nations at Wembley have yielded the identical 1-0 scoreline, with Denmark prevailing only twice (L5).