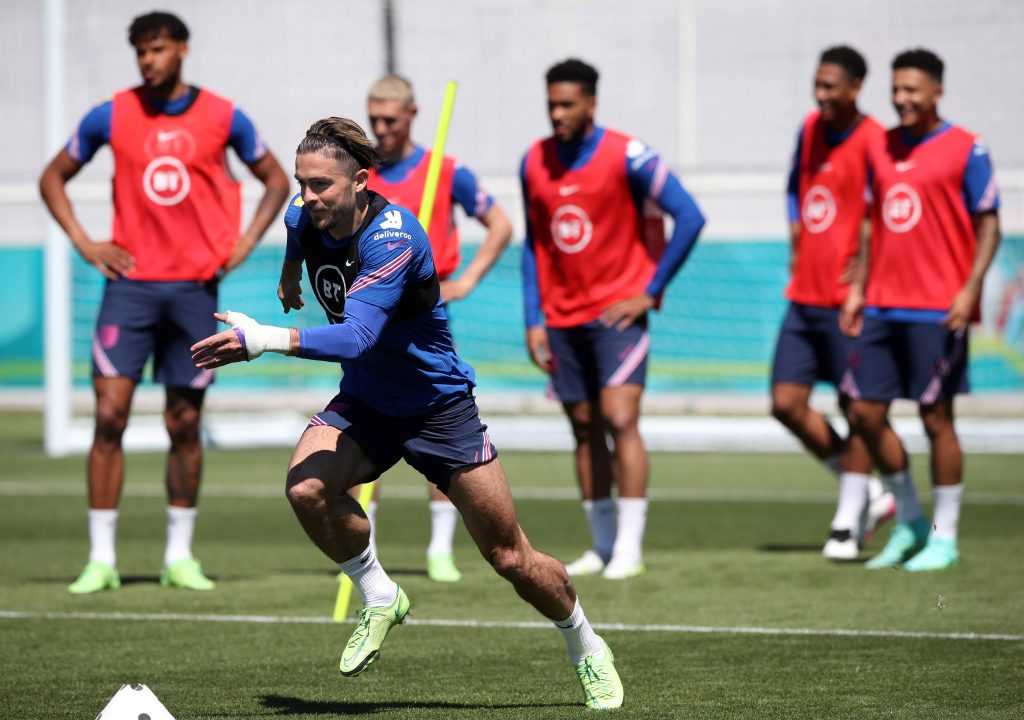 England’s pursuit of Euro 2020 glory begins at familiar Wembley Stadium as they take on Croatia in the Group D opener on Sunday afternoon.

Widely considered as one of the top-three favourites to win the competition, England are looking to exact revenge on Croatia for heartbreaking 2018 World Cup elimination.

After reaching the round of 16 at Euro 2016, the Croatians are hoping to qualify for the tournament’s knockout stage twice in a row for the first time in the country’s history.

The last meeting between these two teams at a major tournament left a bitter taste in England’s mouths, with Croatia running out 2-1 extra-time winners in the 2018 World Cup semi-finals.

However, the Three Lions dismantled the Croatians 4-2 in their only previous encounter at the European Championship tournament in the 2004 edition’s group stage.

Since going down 3-2 at Wembley in Euro qualifiers in November 2007, England have not lost any of their subsequent five competitive matches against Croatia (90 mins only – W3, D2).

England claimed their place at Euro 2020 emphatically, winning all but one of their eight games in the qualifying campaign (L1) and scoring the highest average of 4.6 goals per match.

The Three Lions are desperate to break their European Championships hoodoo that saw them play more fixtures at the final tournament (31) without ever reaching the final.

The 1966 World Cup champions have yet to win their opening match at Euro final competition (D5, L4), albeit they have never lost at Wembley at a major tournament if considered only 90 minutes (W6, D5).

Gareth Southgate’s men are chasing a victory that would see them win seven consecutive internationals for the first time in over six years.

England’s sublime home form comes as a boost to their hopes of beating Croatia, with the Three Lions winning their last six fixtures on home soil after netting the opener in each.

Unlike England, the Croatians tend to start their Euro final competition campaigns on a strong note, having avoided defeat in all of their previous five tournament openers (W4, D1).

Since making their tournament debut in 1996, the Blazers have alternated between reaching the knockout stages and group phase elimination in all five appearances at the European Championships.

Excluding penalty shoot-outs, Zlatko Dalic’s men have suffered just two defeats in their last 11 matches at the Euro finals, succumbing to identical 1-0 losses to Spain in 2012 and Portugal in 2016.

England vs Croatia Players to Watch

Tottenham talisman Harry Kane completed his Euro 2016 adventure without netting a single goal and will be keen to improve on that this summer.

After winning the Golden Boot at the 2018 World Cup, the England captain went from strength to strength in the Euro 2020 qualifying campaign, making more goal contributions (17) than any other player.

Although Real Madrid wizard Luka Modric holds the keys to Croatia’s attacking set-up, Inter Milan winger Ivan Perisic has been the team’s most productive player by some distance.

The 32-year-old forward has registered seven goals and four assists at Croatia’s major tournaments, more than any other player in the country’s history.

The Inter star broke the deadlock in two of his nation’s last three international matches, highlighting his importance to the team.