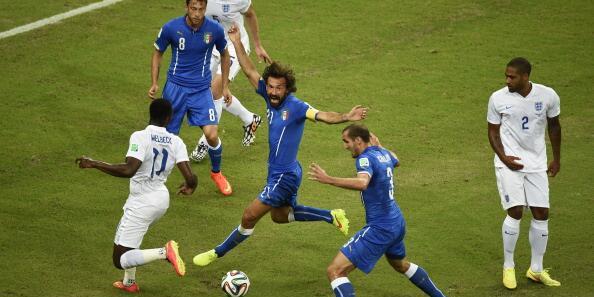 Cesare Prandelli’s Italian team proved too strong for Roy Hodgson’s new breed of lions, despite them putting in a brave performance. England gave it their all but Italy were inspired to triumph by the sublime Andrea Pirlo, the Azzurri’s captain on the night, with his calming influence in midfield critical to his side’s 2-1 win in Manaus. 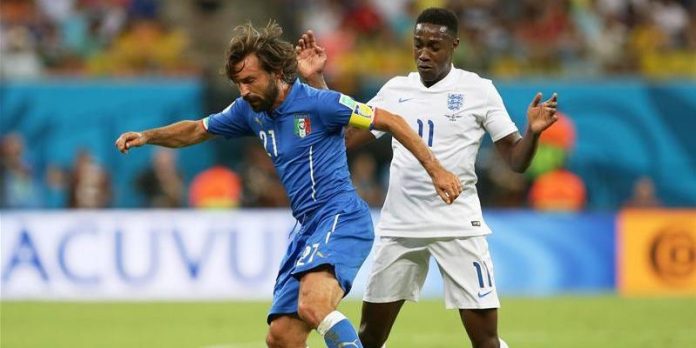 With both teams concerned about the humidity and heat in Manaus, it was generally assumed that the game would start slowly, with the players exercising caution in order to maintain their stamina for the duration of the game. The complete opposite was the case though, both teams showing excellent turns of pace and some beautifully weighted and measured passing and forward movements.

England’s youngsters were slightly more dominant early on, putting pressure on Italy’s stand-by keeper but Italy, mainly through the majestic Pirlo, also displayed their ability to cut a team open with ease. 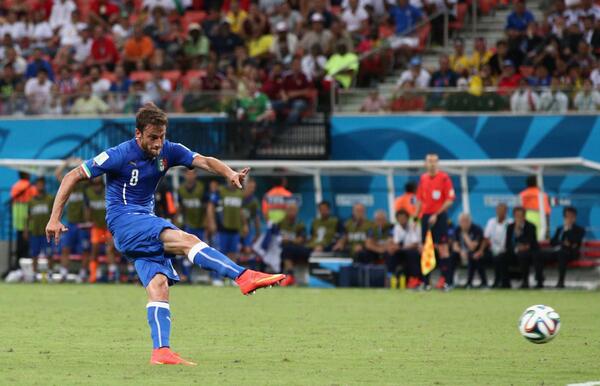 Italy won a corner a little over half an hour into the game and fooled England with a short pass. Pirlo played a clever dummy and the Three Lions, who did not close down Marchisio, suffered the consequences of letting an Italian take a free shot. The long range strike was played low and ran all the way through the crowd in the box to give Italy the lead. 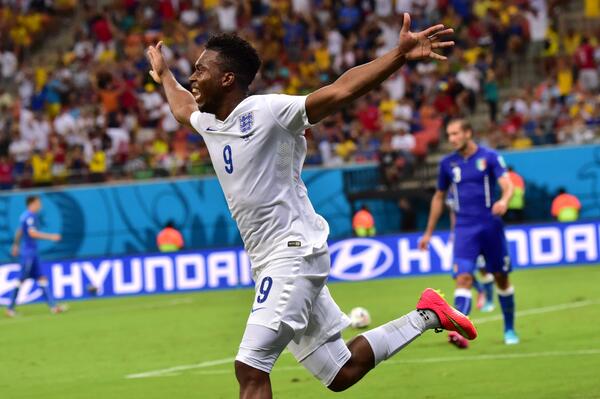 To England’s credit, they kept their composure and maintained their game-plan, hitting Italy on the break just two minutes later. Sterling had been Hodgson’s ace-in-the-hole when pushing forward and he proved his place in the starting line-up with a great ball to release Wayne Rooney. The Manchester United striker put a perfect cross in that Sturridge only had to make contact with to score. England were level.

The last few minutes of the first half saw the Italians drive hard to regain their advantage but a stolid resistance kept the game tied at the break. Balotelli thought he had scored with a neat chip over Hart but Jagielka excellently cleared off the line with his head. 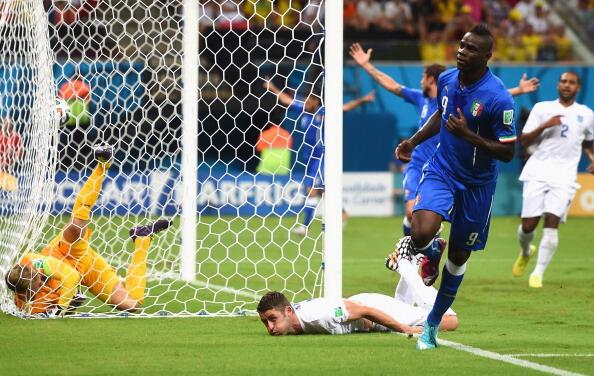 Italy took back their lead within two minutes of the restart, through the wildly unpredictable but unquestionably talented Mario Balotelli, heading Candreva’s cross down and past former Manchester City team-mate, Joe Hart.

England again showed heart and hit straight back but this time they failed to produce the final product. Both teams were now clearly drained by the climate, as the pace slowed and the ball spent more time in the middle of the park.

England continued to show spirit, getting down the wings but their crossing had gone completely to pot.

Leighton Baines and Steven Gerard both had decent chances at free-kicks, Baines being the only one to really test the keeper but the resulting corner-kick was an embarrassment. Wayne Rooney made it blatantly obvious how much of a confidence player he is by putting a corner about 20 yards behind the goal-line!

An encouraging performance, but ultimately fruitless, with the Azzurri moving into second place in Group D, behind surprise leaders Costa Rica on goal difference. The next game for Hodgson’s men comes on Thursday, with Uruguay needing to be beaten for England to stand any chance of progressing to the last 16.

Can England bounce back from defeat to qualify for the next round or is their World Cup as good as over after today’s defeat?