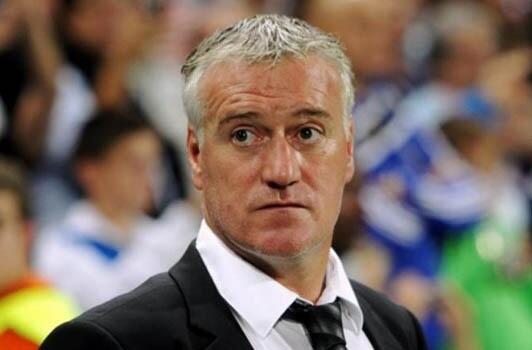 France earned the point they needed to win Group E and avoid Argentina in the next round but Didier Deschamps side failed to impress against Ecuador, who finished the game with 10-men after Manchester United’s Antonio Valencia saw red.

After two impressive victories to start their World Cup campaign, France are ranked among the favourites to go all the way in Brazil but their 0-0 draw against Ecuador must be seen as a setback.

The result did not affect the group for France, however, who qualified with Switzerland to make it four European teams in the second round with two groups still be completed.

Didier Deschamps made six changes from France’s 5-2 thrashing of Switzerland last week. Bacary Sagna, Lucas Digne and Morgan Schneiderlin all made their first appearance of the tournament in the starting line-up. Laurent Koscielny made his first start whilst Antoine Griezmann and Paul Pogba returned to the starting line-up.

Karim Benzema entered the game on three goals, one less than both Neymar and Lionel Messi. The Real Madrid striker had six attempts with three of these on target but neither drew a difficult save from Domínguez. 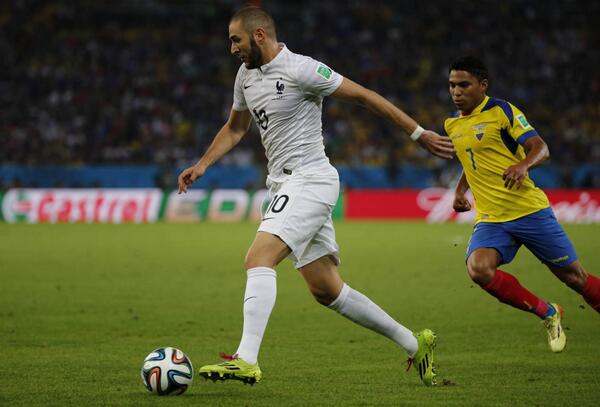 Centre midfielder Paul Pogba was wasteful with seven attempts that only tested the goalkeeper on one occasion.

Antonio Valencia saw a straight red card second minutes into the second half when his challenge that won the ball first deflected his boot off the ball and onto Lucas Digne’s knee, leaving the defender in pain.

After going down to 10 men, Ecuador looked lively on the counter attack creating a few chances on the break but not greatly tested Hugo Lloris who has now kept two clean sheets at this World Cup.

The six points picked up by France in their big wins over Honduras (3-0) and Switzerland (5-2) to start the group were enough to win the group following Wednesday’s draw. This means Les Bleus avoid Argentina in the second round and will take on Group F runners-up Nigeria instead.

Of the six South American nations at the 2014 World Cup, Ecuador are the only one from the continent not to reach the second round.

Switzerland beat Honduras 3-0 in the other game in Group E this evening to see the European side move above Ecuador and into the second round. They face Argentina on Tuesday.

Having rested a number of players for their final group game, France will be well-rested before their round of 16 tie which they are heavy favourites to reach the quarter-finals.