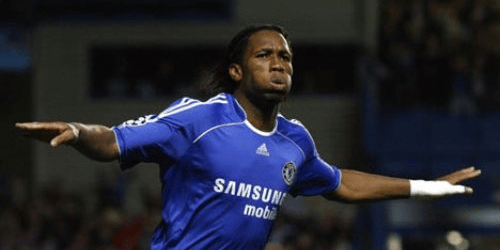 Drogba hosted the event just a day after Chelsea were knocked out of the Champions League despite a 6-1 home win over FC Nordsjaelland. Drogba is reported to have spent around £800,000 on the event as he gave out commemorative rings to all involved.

It will raise a few eyebrows as it seems particularly odd considering the striker is now contracted to Chinese club Shanghai Shenhua. It could be a massive hint that he is planning to return to the club on loan this January while the Chinese season is closed and when he’s not playing for the Ivory Coast in the African Cup of Nations.

“It was an honour for us to work with Didier to make this historic championship ring that will set a new standard for all elite clubs throughout the football world.”

However, the dinner did not go entirely to plan as a number of key Chelsea individuals and former members of the team could not attend; Roberto Di Matteo, Frank Lampard, Juan Mata, Petr Cech and Fernando Torres apparently didn’t turn up.

However, John Terry did attend despite the fact he played no part in the Champions League final win over Bayern Munich as he was suspended for the final. David Luiz, Ryan Bertrand, Branislav Ivanovic, Paulo Ferreira, Daniel Sturridge and Ashley Cole also attended the dinner and collected their rings.

Recent reports from transfer rumour sources have suggested that Drogba would try and engineer a move back to Chelsea despite starting life in the Chinese top division. He has been training with his former club and it’s clear he’s not lost a single bit of his flamboyancy.