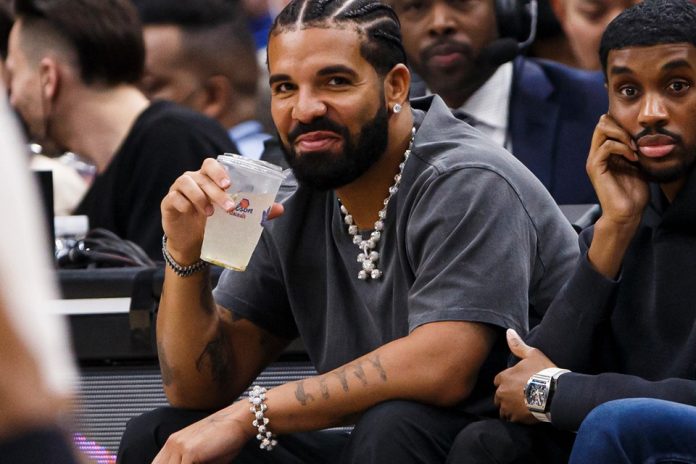 A Thierry Henry 05/06 shirt was Drake’s lucky charm on Sunday night, as the Canadian rapper won over $12 million on roulette while wearing the retro kit.

Drake lost big on the football this Sunday, with Barcelona letting down the rapper in a double with Arsenal for nearly $4 million which he shared on Instagram to fans.

Clearly there was no love lost between Drake and Arsenal however, as he was pictured in a retro Henry shirt after the Leeds game which Arsenal won 1-0.

The artist of the decade (according to Billboard) managed to turn a bad day of betting into one of the best he has no doubt ever had, as Drake tested his luck at roulette following the Barcelona loss.

Wearing a retro Thierry Henry Arsenal shirt, the all time top streamed artist on Spotify casually watched on as the wheel spun and landed on 11, winning Drake an astonishing $12.24 million.

The roulette win more than makes up for Drake’s losses this weekend, however he will still be frustrated that Barcelona couldn’t come out on top in the El Classico while wearing his custom OVO shirts.

Spotify announced last week that they would release a limited edition kit for the El Classico which Barcelona would wear, with Drake’s OVO logo as the sponsor to recognise the 35-year-old hitting 50 billion streams.

It wasn’t meant to be for Barcelona however, as Xavi’s team struggled to lay a hand on a dominant Real Madrid with Rodrygo scoring late to seal the fate of Drake’s bet in added time to win 3-1.