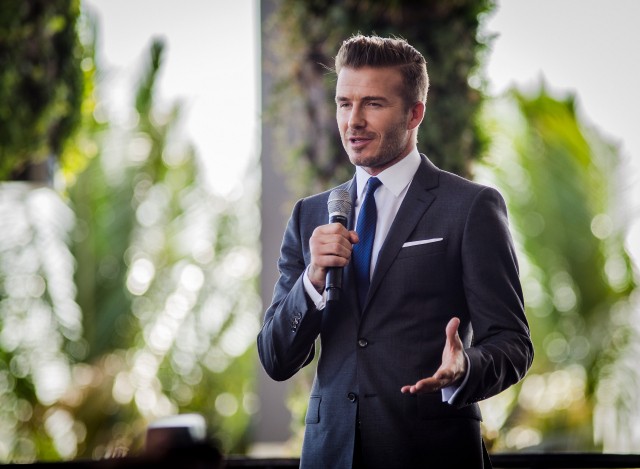 Miami is widely and correctly regarded as the worst major sports market in the United States. Despite traditionally having hugely successful and highly envied sports franchises across the three biggest professional sports, in addition to college football, in the country, Miami’s support for these teams has been shaky at best and dire at worst.

The NFL’s Miami Dolphins are one of the most storied teams in the sport, and have enjoyed great success over the years they have been a fixture on the Miami sport scene. However, Miami’s attendance last year ranked 21st in the league, and the team was 30th in percentage of its stadium filled.

The rebranded Miami Marlins opened up a gorgeous brand-new baseball stadium in 2012, accompanied with star signings and a flashy new uniforms.

The operation tanked. Last year, Miami had the second-worst attendance in baseball, and their stadium was and will be for the foreseeable future a depressing, barren wasteland of missed opportunity.

The NHL’s Florida Panthers are in the bottom five for attendance, and despite having by far and away the best and most attractive team in the NBA, the Miami Heat don’t sellout regular season games, and their fan-base was bashed by their own team for leaving Game Six of the NBA Finals early, an instant classic which the Heat won to send the series to a decisive seventh game.

The evidence is overwhelming – and there’s more where the first few examples came from – Miami is in no way, shape or form a sports town.

They are barely a bandwagon sports town.

Why? The Miami-metropolitan area is a wonderfully diverse and multi-layered mashup of different counties, cities, and suburbs. There is a ton to do, and a lot of different places where people live and are entertained.

Of course, there are a ton of implants in Miami, mostly retirees, who already have allegiances to sports teams in other markets, or just have no real connection or reason to support Miami franchises.

The best and most successful MLS teams have thrived on an urban, downtown, communal feel. You see this in Seattle, Portland, Kansas City, Philadelphia, and at times, Toronto. Because of that, and a new wave of thinking in the US that places emphasis on downtown development, everyone in MLS wants a downtown stadium.

From what David Beckham, the frontman for a posh ownership group that is funding this project, has said, Miami wants the same thing.

But Miami’s demographics aren’t conducive to a downtown hotspot. Commutes are difficult and long. Not only is downtown Miami not the best part of the city, a place most people tend to stay away from, but the South Florida crowd – mostly, there are exceptions to be sure – isn’t the rugged type to walk to a stadium early and build atmosphere.

And that’s if people come at all.

Do Beckham and his investors – billionaire Marcelo Claure, Simon Fuller, and possibly PSG’s owners or LeBron James – understand what they’re up against in trying to build a franchise that has a strong fan-base and makes a real local impact? Miami is used to glitz and glam, the only thing we’re sure to see from this outfit.

When the league folded the Miami Fusion in 2001, they disbanded a team that was playing in a stadium meant for high-school sports, averaging over its four years less than 10,000 fans, and running the cheapest organization in the league.

What made matters bleaker at the time was that Miami team was one that was great fun to watch was possibly the most exciting team in MLS. Still, they were barely a blip on the screen in the city.

Tampa Bay was folded too, and took five plus years for MLS to recover and expand again, and almost 15 years to make a move back into the south. Giving Miami another shot is a huge risk.

This Miami team is starting totally from scratch in a market where neither MLS, nor the US national team are a big presence. MLS’ recent expansion slam dunks – Seattle, Portland, Vancouver, Montreal, Orlando – all had USL teams and existing supporters and infrastructure.

MLS likes to expand by threes at a time – they moved into Texas, then Canada, then the Pacific Northwest, and now the south where the league was absent from for years with a team in Orlando, a future team in Atlanta that looks an inevitability, and this team in Miami.

The allure of Miami has captured every pro sports league in the United States, and MLS wants in some respects to be like its NFL, MLB, NBA and NHL brethren. With Beckham and his all-star investors, they’re giving it their best shot. But will it be enough?

If Miami win immediately, people will come to the games. At least when its not 100 degrees or thunder-storming.

Where will the stadium be? Downtown is the stated goal, but so many names, numbers and locations have been floated around, you get the feeling that this team has no idea where they will play. 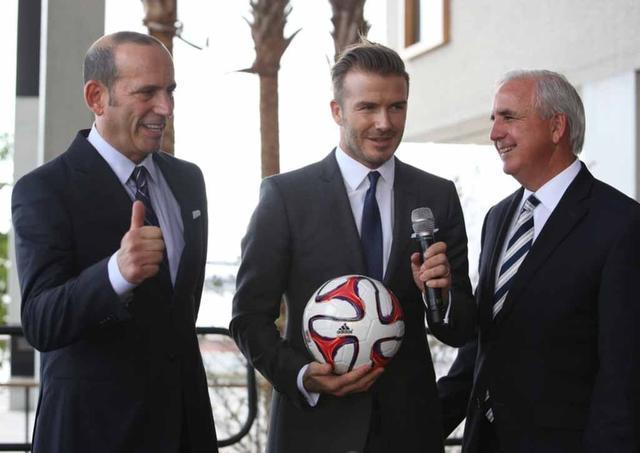 Miami is extremely complicated politically, and the deal for Marlins Park left a bitter taste in people’s mouths about sports stadiums.

Does Becks have the chops to play hardball? Will he devote the time necessary to learning everything there is to learn about South Florida so he can lead a franchise that will desperately need direction?

I have my doubts. He’s pointed to the Seattle Sounders and Miami Heat as models, and it’s safe to say that Seattle couldn’t be anymore different from Miami, and the Heat are an unrealistic basis for what Beckham is trying to build in MLS.

This is a man with an empire and many other interests, both business and personal. Running an MLS team is a full-time job. Does he have the time?

And will Beckham be able to market the team to Miami’s hispanic population? That’s where a large portion of fans could come from, but there is very little existing interest in MLS, and we’ve seen very little from Beckham’s group on the matter. Overall, they give off an air of unpreparedness.

Why does anyone think this will work? When the Heat lose their stars – it happens quickly, ask Cleveland – they’ll be in the NBA doldrums just as they always are when they aren’t winning championships. I’m sorry, but there is zero precedent of sports teams in Miami having anything but fickle fans and subpar experiences.

Miami is the poisoned gold chalice of American sporting cities. With David Beckham and his group, MLS may just have bit the bullet again.