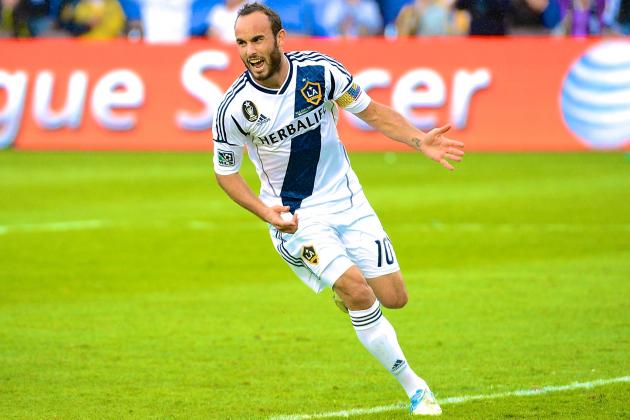 This was the dream conference final for MLS. Its two biggest teams going head to head with the winner going on to host MLS Cup. MLS poster boy Landon Donovan was also facing potentially the final game of his stellar career. It was a perfect storm for the league.

The Seattle Sounders and LA Galaxy both dominated their opponents for long stretches this season on their way to achieving the two highest point totals in the league. They were the only two team to surpass the 60 point total this season.

LA went into Seattle with a one goal lead and took the game to the home Sounders for the opening 10 minutes of action. Galaxy captain Robbie Keane had a few chances early on and he got plenty of support from his midfield in attack.

The Sounders jump started their offense with a DeAndre Yedlin chance in the 19th minute that LA keeper Jaime Penedo pounced on easily.  They got another chance just minutes later when Dan Gargan took Lamar Neagle down just outside the box. Nothing came of that chance either as Clint Dempsey hit the wall with his attempt.

Seattle was able to open the scoring in the 26th minute and tie the series when Brad Evans was able to bury a Dempsey shot that was misplayed by Dan Gargan inside the box.

They scored again in the 32nd minute when a long range shot from Dempsey was again mishandled by Penedo. It appeared to be an easy save but the ball took a slight swerve at the last second, allowing it to bounce odd Penedo and into the goal.

The Galaxy started the second half holding the ball and playing off of each one another as they did early in the game. They got the lead off of a perfectly placed Juninho goal in the 64th minute. It was a beautiful goal.

Landon Donovan had a break away chance just moments later that was blocked by Sounders keeper Stefan Frei. It was a massive save by Frei. If he had allowed the goal it would have but the Sounders down by a two goal overall in the series on away goals. MLS adopted the away goal rule in 2014.

The game continued to flow back and forth as both teams looked to add another goal. Each team was able to push into the final third of the opposition on multiple occasions.

The substitutions started in the 74th minute as Sounders coach Sigi Schmid brought on Michael Azira for Ozvaldo Alonso and Galaxy manager Bruce Arena put Alan Gordon into the game for Stefan Ishizaki.

Juninho was subbed off minutes later after pulling up with what appeared to be a small knock to his leg. Substitute Baggio Husidic was originally tabbed to replace Galaxy midfielder Marcelo Sarvas but the change was made to sub Juninho instead right before the original switch was made.

Clint Dempsey had a twisting shot go off target in the 90th minute as the Sounders desperately looked for a series winning goal.

The Galaxy knocked the ball down field every chance they got for the final moments of the game and Penedo was given a yellow card for time wasting, but it was all worth it as the referee blew the final whistle, sending the Galaxy to their ninth MLS Cup Final.

Landon Donovan will also get one final chance to shine on the biggest stage. His career is marked by massive performances when everything is on the line and in MLS Cup 2014 everything really is on the line. His Galaxy teammates would love to send him out with another championship, and he would like to do the same.

The Galaxy will host MLS Cup 2014 against the New England Revolution at The StubHub Center in Carson, California on Sunday, December 7th.