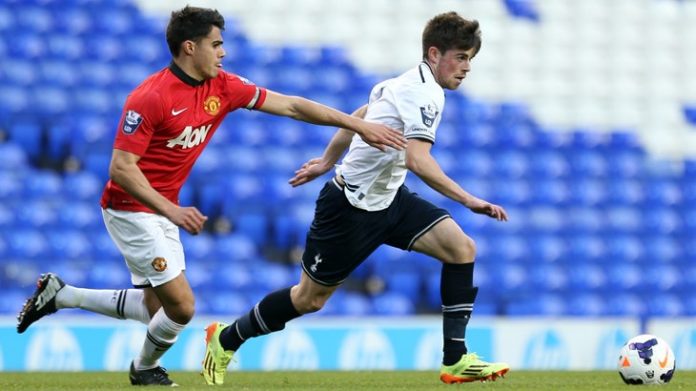 Tottenham Hotspur have confirmed their winger Kenny McEvoy has completed a loan move to Colchester United until the end of the season.

A statement on Tottenham’s official website read, “Kenny McEvoy has joined League One side Colchester United on loan for the rest of the season.”

“The young winger, 20, a Republic of Ireland youth international, recently returned from a loan spell at Peterborough United, where he made his Football League debut and eight appearances in total.”

League Two club’s manager Tony Humes is delighted to add Tottenham winger to the squad for the remainder of the season.

“It’s great that the paperwork has all been done and we’ve finally got Kenny. We knew we were getting an exciting young talent and Kenny had a great start with us scoring the two goals on Monday night,” Humes told Colchester’s official website.

“He is another attacking option for us and I hope that he settles in and enjoys his time at Colchester United.”