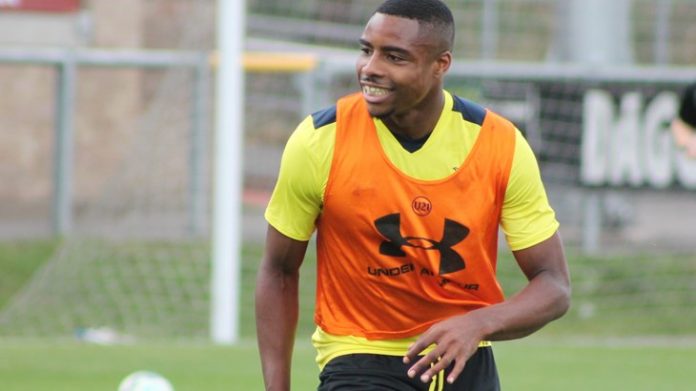 Tottenham Hotspur has confirmed their striker Jonathan Obika has left White Hart Lane on permanent transfer and has agreed terms to join Swindon Town on Monday.

The 23-year-old striker who came up through the ranks of the North London club’s youth system broke into Tottenham first team in 2008. However, he has not only four senior appearance for the White Hart Lane outfit as he spent his time away from the club on-loan.

The English striker has now ended his time with his boyhood club and completed his switch to Swindon on the final day of the summer transfer window.

“We have reached agreement with Swindon Town for the permanent transfer of Jonathan Obika,” Tottenham issued a statement on their official website.

“The striker has previously spent time on loan at the likes of Yeovil Town, Millwall, Crystal Palace, Peterborough United, Brighton and Charlton Athletic in addition to a temporary spell with Swindon in 2011.”

“In total, Jonathan made four senior appearances for us and we wish him well for the future.” it added.