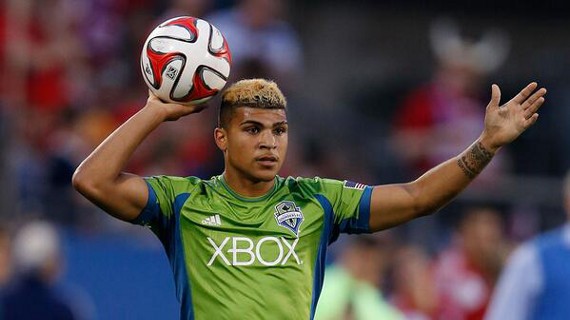 Tottenham Hotspur have confirmed they have agreed a deal with Seattle Sounders for the transfer of DeAndre Yedlin this summer.

The right-back was with the United States national squad for the 2014 FIFA World Cup and impressed during the summer tournament in Brazil. His form at the biggest stage in football caught the eyes of the North London club, who have completed the 21-year-old’s switch to White Hart Lane.

“We are delighted to announce that we have reached agreement with Seattle Sounders for the transfer of United States international right-back DeAndre Yedlin,” a statement on the club’s official website read.

“DeAndre has signed a four-year contract and will remain with Sounders before joining us ahead of the 2015/16 season.”