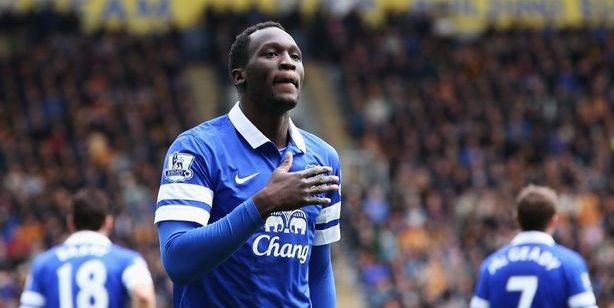 Everton have signed Chelsea striker Romelu Lukaku for a £28m fee, with the Belgian agreeing to a five-year deal at Goodison Park.

CONFIRMED: @RomeluLukaku9 becomes our Club-record signing, arriving from Chelsea on a 5-year deal for a fee of £28million. #WelcomeHomeRom

The transfer fee for Lukaku, who spent last season on loan with the Toffees, smashes the club’s existing record for £15m paid to Standard Liege for Marouane Fellaini back in 2008.

The 21-year-old, named as one of the 10 most promising youngsters in European football this year by the Guardian, scored 16 times in 33 games for Everton last season, helping them to finish fifth in the Premier League, just one place outside the Champions League qualification spots. His performances on Merseyside have now persuaded Roberto Martinez to splash the cash on the Belgian, who appeared for his country at the 2014 World Cup.

Since his move to Chelsea in 2011, Lukaku only played 10 Premier League games for the club, with Jose Mourinho last season criticised for not giving the striker a chance at the Bridge, with his strike-force consistently misfiring.

Despite this, and Lukaku’s successes out on loan, Mourinho sees no future for the attacker in West London, and has sanctioned the move to Everton, with many sure to believe the Portuguese boss may live to regret his decision, considering the growing potential of both Lukaku and his new Everton side under Martinez.