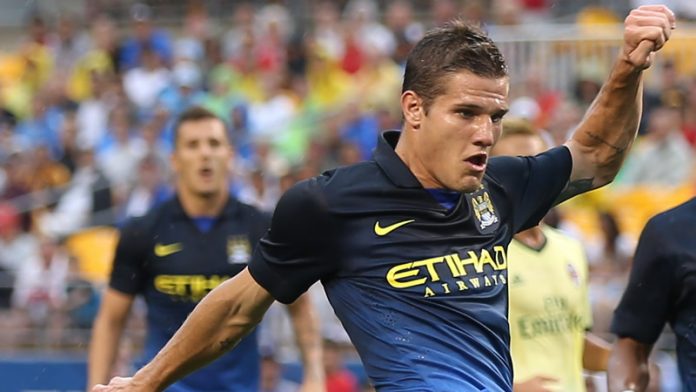 Manchester City have confirmed their midfielder Bruno Zuculini, along with George Evans and Chidiebere Nwakali have left the Etihad on-loan spells.

The Argentine has joined Cordoba till the end of the season, while Evans has signed for Scunthorpe United until 31 May. In addition to this, the Nigerian youth international will be at Malaga until 2017.

A statement on City’s official website read, “Bruno Zuculini has joined Cordoba on loan until the end of the season.”

“Scunthorpe United have also moved to bolster their ranks with one of City’s midfielders, and have secured the signature of EDS regular George Evans on loan until 31 May.”

“Evans will be aiming to make his debut for the Iron in their weekend clash with Leyton Orient.

“Chidiebere Nwakali completes the trio, agreeing a loan switch to Malaga until June 2017. The Nigerian youth international will continue his development with the La Liga outfit for the next two and a half years,” it added.