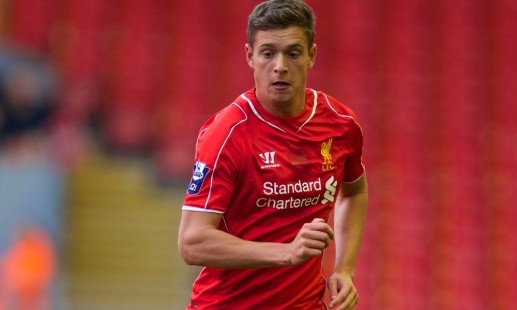 Liverpool have allowed their youngster Kristoffer Peterson to leave Anfield on a permanent transfer as the forward completed his switch to FC Utrecht.

The Swedish teenager joined the Merseyside club from Savedalens IF in January 2011. Despite his move to England, Peterson failed to make it to the Reds’ first team. He was the part of Brendan Rodgers’ side during the pre-season this summer.

“The 19-year-old Swede departs the club three-and-a-half years after arriving from Savedalens IF in January 2011. Although the forward never made a competitive senior appearance for the Reds, he rose to prominence in pre-season this summer.”

“Peterson was on target in consecutive friendlies against Brondby and Preston North End last month, earning a place on the subsequent tour of America.”

“Everybody at Liverpool wishes Kris all the best with his move to Utrecht and future career,” the statement added.