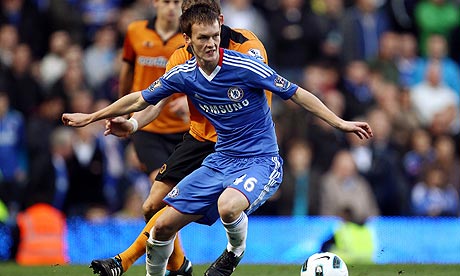 Chelsea midfielder Josh Mceachran has confirmed that he is set to sign for Dutch side Vitesse Arnhem on a season long loan deal. The 21 year old confirmed the news on his Twitter handle.

Mceachran becomes the third player to join the Dutch club after the London club had also sent Brazilian defender Wallace and midfielder Bertrand Traore on loan deals to get some valuable experience rather than warming the sidelines at Stamford Bridge.

Chelsea have quite a close contact with Vitesse Arnhem, as they had earlier sent Christian Atsu, Lucas Piazon and Patrick van Aanholt on loan to the Dutch side last term.

Mceachran had earlier spent a six month loan spell at Wigan Athletic making 8 appearances, but had made a significant impact during his stay at the Championship side.