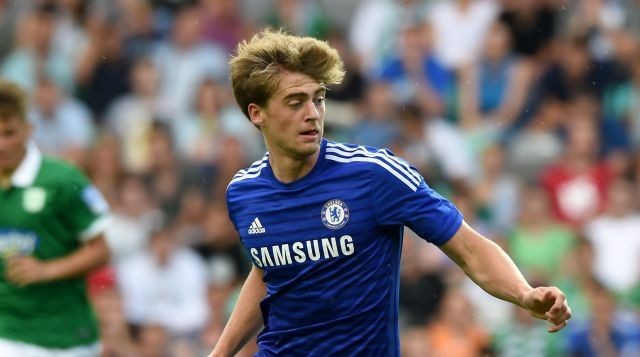 Chelsea have confirmed their striker Patrick Bamford has joined Middlesbrough on loan until the end of this year.

A statement on the Blues’ official website read, ” Patrick Bamford has today (Friday) completed a loan move to Middlesbrough until 1 January.”

“The 20-year-old forward will continue his progression having enjoyed productive spells with MK Dons and Derby County last season. He joined the Blues early in 2012 from Nottingham Forest.”

“We wish Patrick well at Middlesbrough. You will be able to keep up to date with his progress here on the official Chelsea website,” it added.

The Championship club’s manager Aitor Karanka has expressed his delight after signing the 20-year-old from the West London club on Friday.

“Everyone knows that Patrick is a very good player with a bright future in the game,” Karanka told Middlesbrough’s official website.

“He scored a lot of goals during his previous loan spells and will be a good addition to our squad.  I first enquired about trying to bring Patrick to Middlesbrough last December so I am delighted that everything has now been agreed.  I’m looking forward to working with him.”

Meanwhile Chelsea have agreed a deal to sell Fernando Torres on loan to AC Milan. The striker will undergo a medical tomorrow in Milan.