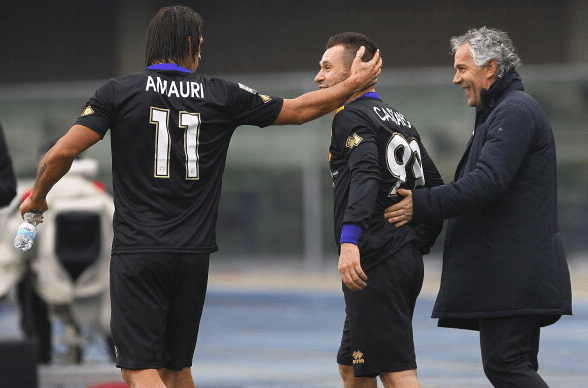 Roberto Donadoni was quickly forgotten after his time as the Italian national team’s coach. His selection for the 2008 EURO’s included Antonio Cassano – who’s rebirth was still being questioned – and there was little that Cassano or Donadoni could do when the eventual winners Spain knocked the Azzurri out on penalties. Iker Casillas’ two saves in the quarter-final shootout birthed the dynasty of La Roja’s international dominance, and meanwhile in Italy it was decided that Donadoni wasn’t the right man to carry the national team forward. 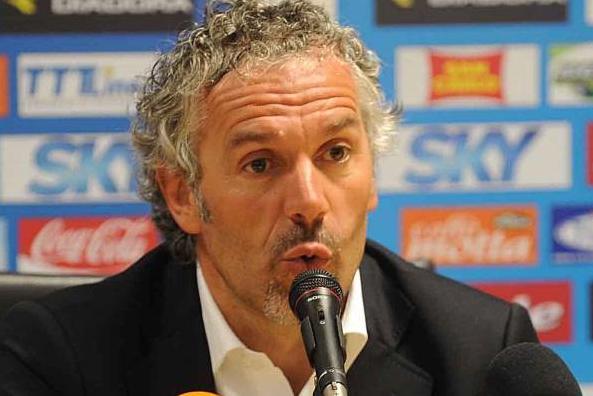 Seeing Lippi’s archaic Italy side in the 2010 World Cup crumble was a clear sign that replacing Donadoni was a step backwards, but the soft-spoken coach was busy working in the Serie A to build back his unfairly lost reputation. A brief stint at Napoli, followed by successful results at Cagliari (only to be sacked by president Massimo Cellino due to disagreements regarding team affairs), now Donadoni is at the helm of high-flying Parma.

The latest 4-0 win over Atlanta is a culmination of Donadoni’s steadily growing project at Parma. Now on an impressive run of twelve matches unbeaten, Parma have been skipping up the table and are sitting three points behind fifth placed Inter Milan. Parma’s success this season has been a collection of individual comeback stories, from former Juventus and Italy striker Amauri to Antonio Cassano, the man Donadoni chose back in 2008. With a variety of Serie A veterans like Molinaro, Lucarelli, and Gargano, there’s plenty of experience to pass on to the youngsters like Biabiany and Obi who haven’t managed to perform at the highest level yet.

In the past six matches, no other side in the table has collected as many points as Parma (sixteen total: winning five and drawing one), these recent matches springboarding Parma’s rapid ascent just outside of a Europa League spot. Now on the verge of returning to European competition, Donadoni’s season will reach a crucial point as Parma face fourth placed Fiorentina next weekend. This past weekend Montella’s Fiorentina suffered a 2-1 home defeat against Inter Milan, and a victory for Parma would be a huge statement of the side’s determination to reach European football for next season.

With a game in hand Donadoni’s Parma will also have to face Roma (the initial match on February 2nd was abandoned eight minutes in due to a waterlogged pitch), and although the giallorossi have had some imperious results (including this weekend’s 3-0 win over Sampdoria), they were recently knocked out of the Coppa Italia after their 3-0 defeat to Napoli in the away leg. Parma definitely has the tools available to contend with the other teams, it’s more a matter of their players performing to their fullest. Their over-dependence on Cassano and Amauri for goals has improved lately with other players chipping in to help out, however their goalscoring remains low compared to the other teams in the top half of the table.

However last season’s 10th placed finish is still not that far off, with currently only eight points separating fifth placed Inter and eleventh  placed Genoa, Parma could still easily slip behind if results slow down. Now with Fiorentina on the horizon and a match to play against Roma, Donadoni and Cassano have a chance to return to the European spotlight. Whether or not Parma can truly contend for a European spot must be proven in the matches to come.