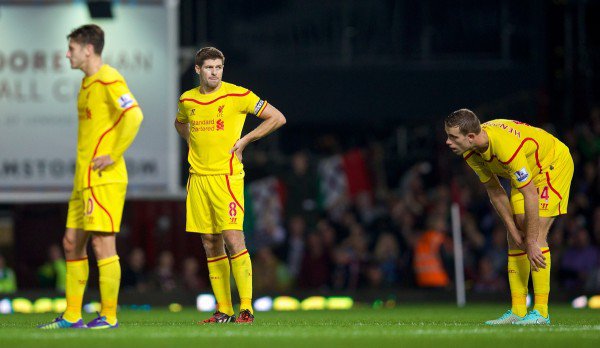 Former Liverpool star Dominic Matteo has warned Brendan Rodgers that the Reds will face a major test of this season in the upcoming fixtures.

The Merseyside club face Newcastle United in the Premier League clash on Saturday. After that, they make a trip to Spain as they face defending champions Real Madrid in the Champions League and host Chelsea at Anfield for the league clash next weekend.

A defeat against the 10-times European champions could put a dent in their hopes of qualifying to the next stages of the Champions League. Also, failing to win against Newcastle and the Blues could see the Reds lose grip in chasing table toppers, Chelsea.

“You look at the next three games coming up, that is a real tough, tough week. I think after this week we will know which way Liverpool’s season is going.”

Liverpool suffered a 3-0 defeat at the hands of Real at Anfield last month and avoiding another defeat without the services of injured Daniel Sturridge is going to be an uphill task.

In addition to this, Chelsea are unbeaten in all competitions and with injury concerns, the Reds are likely to struggle against the Blues.

Matteo, who was at Liverpool between 1992 and 2000 has urged the former Swansea manager to star Rickie Lambert ahead of struggling Mario Balotelli for the upcoming crucial fixtures.

“I think the fans want to see Lambert. I definitely want to see him given a chance. He has not really had much of a chance since he has been there. He needs game time and if you give Lambert the chances, he will take them,” the former Liverpool midfielder said.

Do you think next three matches can decide Liverpool’s fate this season?