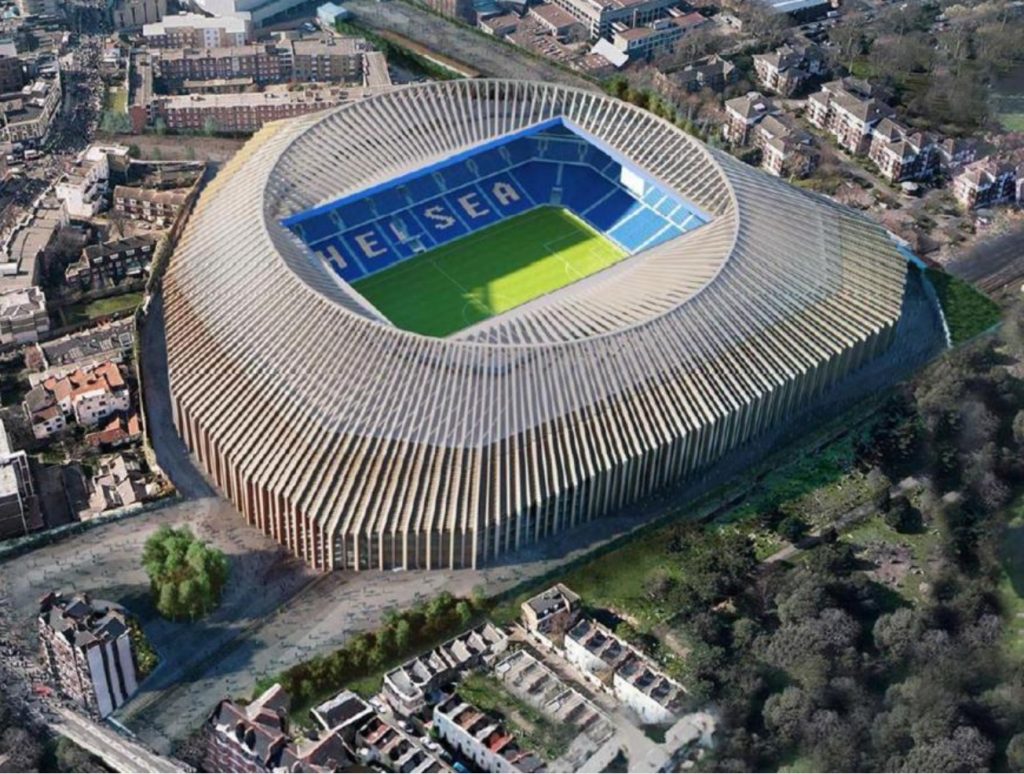 The BBC are reporting Chelsea have been hit by problems regarding their new £1bn stadium.

After Sadiq Khan, the Mayor of London, put his seal on the proposals last March, Chelsea have been waiting for work to commence on their shiny new state-of-the-art 60,000-capacity stadium.

However, plans to start the redevelopment are currently at a standstill.

An injunction taken out last May by the family of a nearby property is what’s standing in the blues way.

The Crosthwaites have lived in a cottage only a ‘stone throw’ from Stamford Bridge for 50 years.

They believe the stadium plans will restrict daylight from reaching their home. The cottage sits behind the east stand at Stamford Bridge and is actually in the neighbouring borough of Kensington & Chelsea.

The Crosthwaites’ have explained their stance through their lawyers:

Although they are not opposed to the redevelopment, they feel the east stand could be “cut-back or re-designed so as not to cause interference”.

Blues owner Roman Abramovich will be keen to sort out the issue as soon as possible. The Russian does not want to start work with fear the injunction could stop the development being finished.

Other local residents have so far been compensated accordingly.

The Crosthwaites’ were offered legal help, and a six-figure compensation settlement in the hope to resolve matters but have so far refused an agreement.

A meeting is set to take place on Monday, (15th January) with the club confident of sorting out the issue and getting the plans back on track.

Any more delays, or the rebuild not going ahead at all, could, without doubt, hurt Chelsea long-term. The club are desperate to be able to compete financially, whilst staying within the laws of financial fair play. Long gone are the days of Abramovich financing the club out of his own pocket.

The current capacity of 41,490 is dwarfed by seven of the blues rivals grounds.

Redevelopment has taken place at Man City and Liverpool in recent years. Whilst West Ham have moved to a new stadium, and Tottenham will do so soon.

Old Trafford and the Emirates are currently the two biggest, with United’s capacity nearly double the size of the current Stamford Bridge.