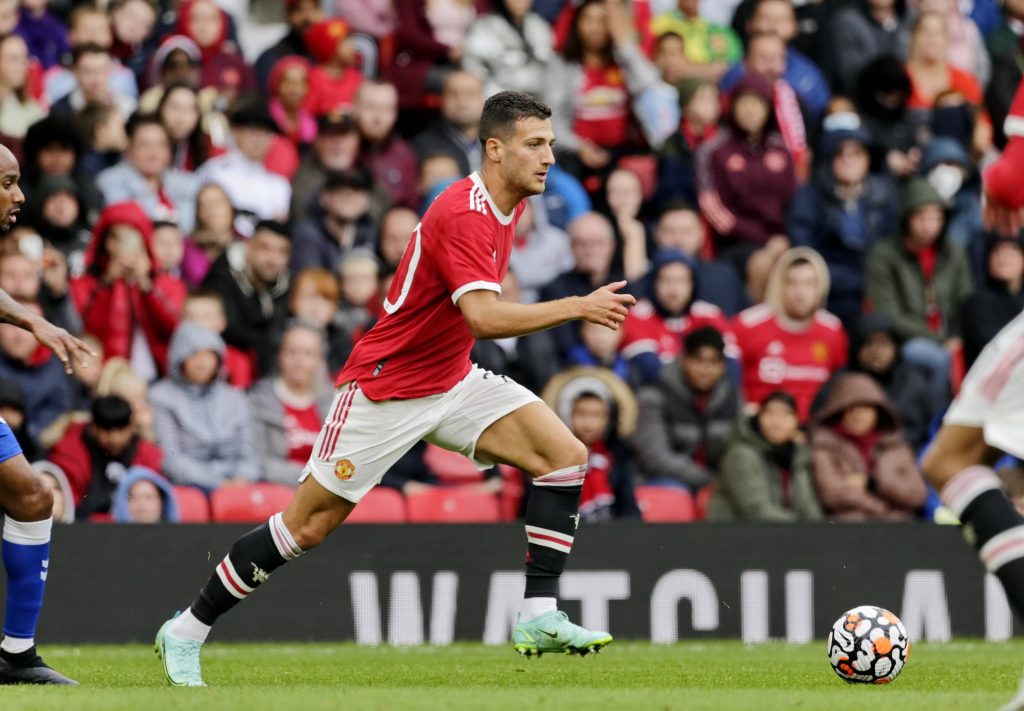 Manchester United are exploring the possibility of keeping Diogo Dalot at the club this season.

According to Manchester Evening News, the Red Devils are pleased with the 22-year-old in training.

The Portuguese spent last season on loan at AC Milan and would be happy to return to the San Siro for another year.

In 33 appearances for the Rossoneri, he scored two goals and registered three assists.

His solid performances for the Serie A club earned him a call up to the national side for the European Championships.

Milan are keen on extending Dalot’s loan but refuse to match United’s valuation of €4-5 million as a loan fee.

Moreover, the Italian giants are closing in on a deal for AS Roma’s Alessandro Florenzi, claims Fabrizio Romano.

AC Milan are closing on Alessandro Florenzi as new right back from Roma. Negotiations at final stages – deal to be completed soon, loan + buy option as per @DiMarzio. 🔴🇮🇹 #ACMilan

Dalot is believed to be pleased with the opportunities he has had in pre-season and is confident of providing competition for Aaron Wan-Bissaka.

Man United are said to be prioritising a midfielder rather than a full-back this summer.

Kieran Trippier, who has been one of their prime targets at right-back, is now linked to Arsenal as per The Sun.

Arsenal now joining Man United in hunt for Kieran Trippier. For the right price (not £34m) I think he would be a terrific signing https://t.co/6Ax7BSi50u

In Ole Gunnar Solskjaer’s recent interview before United’s friendly game against Everton, he stated that he was happy with the two signings he has made.

However, with under three weeks left until the end of the transfer window, Solskjaer will be looking to add another midfielder with Paul Pogba’s future still up in the air.