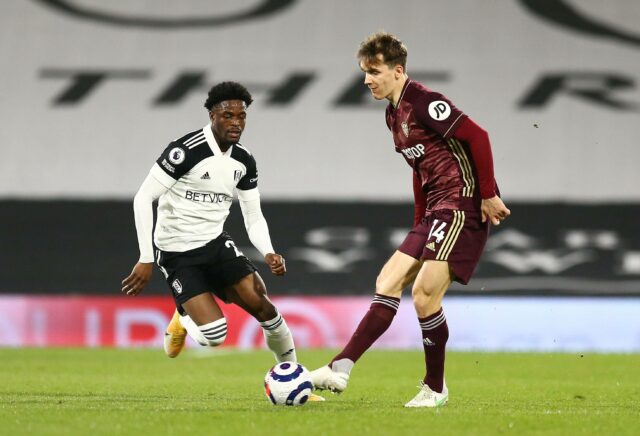 Leeds United defender Diego Llorente has suggested that it was a shock for him to train under Marcelo Bielsa when he first joined the club.

Llorente, who moved to Leeds from Real Sociedad for around £18 million, has shared his initial impression about the training methods at Elland Road, adding he spoke to several people, including Pablo Hernandez, to know more about Bielsa and the club.

It has been an interesting season for Llorente. It took him a while to make his debut for his new club after he picked up an injury whilst on international duty. He then picked up another injury after making his first appearance against Chelsea.

The Spanish defender suffered another injury after returning against Newcastle.

However, since his comeback for the 3-0 win over Southampton in February, he has been simply outstanding for Leeds.

Sid Lowe, in his interview with Llorente for The Guardian, has described him as a ‘man who knows the virtue of patience’.

It seems those tough days weren’t wasted, as his latest performances indicate that he will be an inspired signing for the club.

Llorente has suggested that the training drills at Leeds were new and a shock to him, but he soon understood the necessity of it.

“To be honest, people had spoken to me about Bielsa, but until you are actually playing for him, you don’t realise just how different he is in so many facets of training,” said Llorente to The Guardian.

“At first, it’s a shock because his methodology is so different. There are certain drills that are very analytical, that describe certain specific moments in games that, because of our style of play, are repeated often.

“Movements you should be making off the ball, the way you support the free man, the help you give teammates. It’s very specific.

“That methodology is striking compared with the more general approaches you’ve been used to. But when you do these exercises, and then you see that in 90 minutes, that exact situation is repeated 10 or 20 times, you realise why we work that way.

“You understand why we do things differently, that every drill has a meaning and can be directly transferred on to the pitch. You start to understand that, which is when you realise how special he is. You watch the video analysis, individually and as a team, and you can see how it improves the team.”

Leeds will resume their Premier League action after the international break when they face Sheffield United at Elland Road on Saturday.

It comes as a surprise that even Llorente, who has got loads of top-flight experience, has found it a shock about how the training methods are conducted at Leeds.

In other news, Juventus will do everything to sign Moise Kean in the summer.