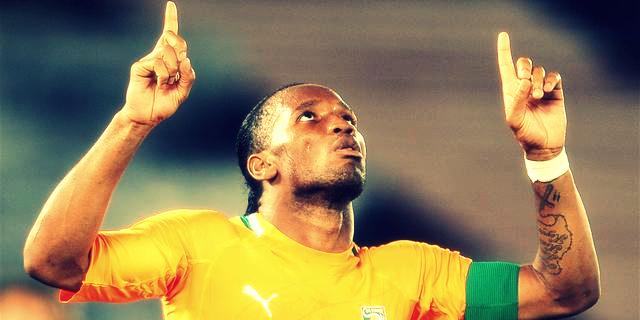 Galatasaray are looking to sign Didier Drogba in the January transfer window and have started negotiations with Chinese club Shanghai Shenhua to buy the striker.

Drogba, who won three Premier League titles and four FA Cup moved to China after helping Premier League giants Chelsea win their maiden Champions League trophy last May. Though the club offered him a year’s extension on reduced terms, but he rejected such advances then.

The 34-year-old applied for permission to leave on loan before the winter transfer window but his demands were rejected by FIFA. He instead returned to his former club Chelsea to train with the side in order to remain sharp for the African Cup of Nations.

Chelsea owner Roman Abramovich gave the green signal to offer the Ivorian a deal until the end of the season, with an option of extending it for another year. The talks were in advanced stages and the Blues were convinced of getting him for the second time around.

The club initially were reluctant to give any new contract to players over the age of 30, but flexibility in the internal rule was observed when left back Ashley Cole was given a new deal recently. Also, by bringing back a club legend, Chelsea hierarchies were looking to appease the fans, who are growing increasingly discontent with manager Rafael Benitez.

However as it stands, Drogba, who is now at the twilight of his career is looking out for Champions League football and therefore will opt to sign for the Turkish giants instead.

The Istanbul-based club will play Bundesliga outfit Schalke 04 in the Champions League round of 16 and the lure of playing in the competition again proved to be the only deciding factor ahead of any personal sentiments.

The club is expected to announce the deal within next week and having already signed Netherlands international Wesley Sneijder from Inter Milan during the transfer window; another marquee name is bound to lift the squad immensely.