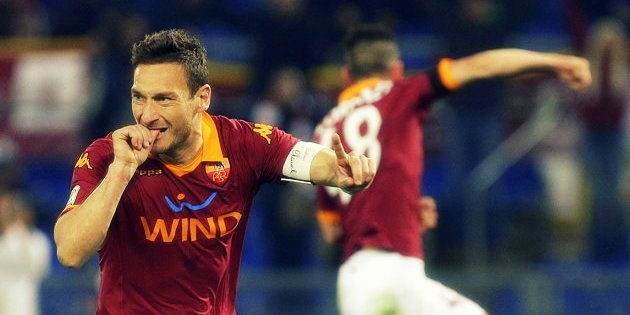 Roma were held to a 1-1 draw in the recent Derby della Capitale against fierce rivals Lazio, all but ending their hopes of a return to Europe’s premier competition.

What has happened to Roma! Two years ago this was a club that were consistently present amongst Europe’s elite, although in recent times they have been a shadow of their former selves, as the Giallorossi have struggled on all fronts, following changes to both management and ownership at the club.

When Vincenzo Montella – a modern day manager full of fresh ideas – took over from Claudio Ranieri in 2011, he had an experienced squad at his disposal, inclusive of club icons Francesco Totti and Daniele De Rossi, who were at the peak of their powers. The future looked bright in Rome.

However following the takeover of ownership by Thomas DiBenedetto and co, this was soon to change. Experienced players were axed, Montella was not named the permanent boss, and money was spent on unproven players to come in and win a title. Did they really expect silverware after making such significantly prompt decisions?

Take the Manchester City squad growth as an example. When their investors came in and took charge of the club, the Citizens certainly did not enjoy immediate success. In fact if I recall correctly, they failed to make the top six in their first season in charge.

The capital club targeted an objective that was never going to be achieved, particularly with the crop of fresh faces they had, which has now brought us to this.

Two years on, struggling to qualify for even the Europa League, and looking as if they are a club that have taken three steps back, rather than a couple forward – proven in their dominant display against Lazio on Monday night, which resulted in only a draw.

Having sacked two coaches in less than 12 months, the Romans simply must settle with the new man at the helm, and give Aurelio Andreazzoli every possible chance to build his very own Roma.

With just seven games remaining in Serie A, the Giallorossi would require a miracle if they are to finish in the top three, as ten points separate them from third placed AC Milan – a team that arguably are the most in-form team in Italy.

Europa League action is still a possibility, but is that really enough for a club that were consistently playing amongst the continent’s best just two years ago? I for one don’t think so…

What are your thoughts on Roma’s current woes? Do they deserve to be playing Champions League football given their current squad? What changes would you make? Let us know what you think by leaving a comment below.

The author of this article is Adrian Del Monte.