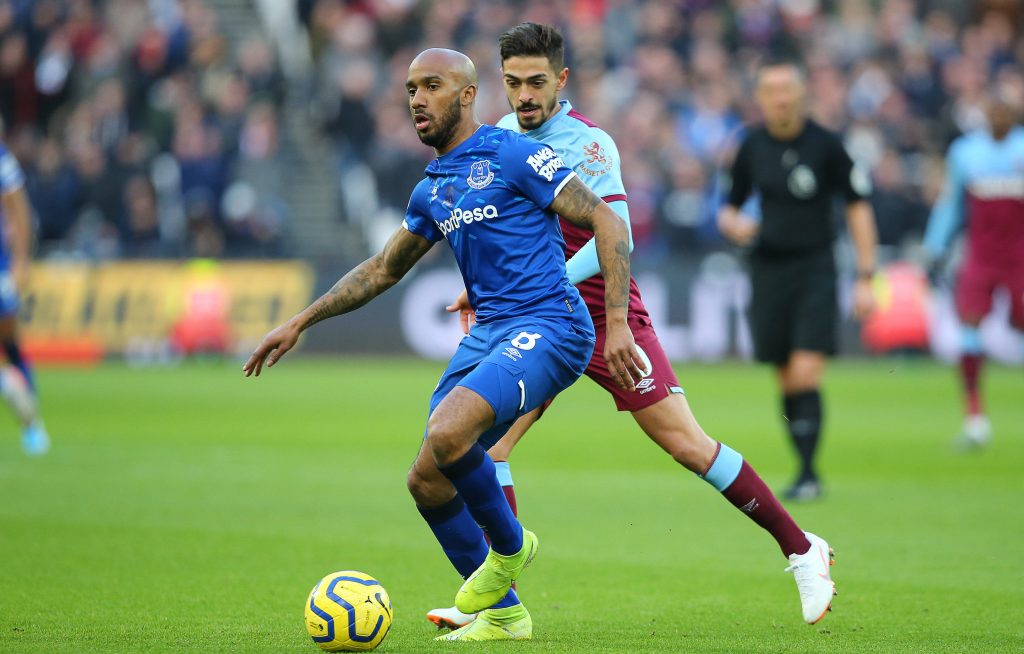 Fabian Delph has a lot to consider this summer. He’s had a disappointing stint at Everton and has one year remaining on his contract, so his long-term future is up in the air.

The 31-year-old’s stay at Goodison Park has been marred by inconsistency and injury, resulting in him missing the majority of games each season.

But with Rafael Benitez replacing Carlo Ancelotti as manager, Delph may be given a clean slate in 2021/22.

Everton signed the box-to-box midfielder from Manchester City in 2019, and he’s gone on to make 30 appearances in all competitions, featuring in only 24 of a possible 76 Premier League games for the Toffees.

Delph played more in his debut campaign at Everton but has spent most of his second season sidelined with various injuries – calf, hamstring, tendon.

He started only two Premier League games in 2020/21 and found himself behind Allan, Abdoulaye Doucoure, Andre Gomes, Tom Davies and Gylfi Sigurdsson in the pecking order.

Benitez is sure to look at Delph in pre-season and should allow him to prove his worth, but it remains to be seen how much he’ll feature in the last year of his contract.

He isn’t likely to have his £4.1 million-per-year deal extended based on how the first two years of his Everton stay have gone, so this may be the beginning of the end unless he can stay fit and find his form again.

Read: Keinan Davis could leave Aston Villa this summer and Dean Smith’s treatment is to blame.