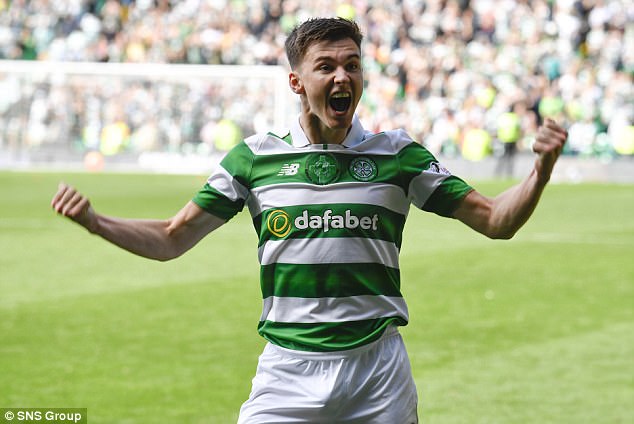 The 20-year-old fullback who is nearing 100 appearances for Celtic has fast established himself as one of the club’s key players with a series of consistent performances. The new deal will keep the Celtic academy graduate at Parkhead until 2023.

Tierney has rubbished rumours of an impending transfer to one of the Premier League big boys which includes the likes of Manchester United and Tottenham Hotspur who were rumoured to be interested in making a move for him last summer.

A lifelong Celtic fan, Tierney made his debut in 2015 under former manager Ronny Della. But it was Brendan Rodgers’ arrival in Glasgow that coincided with his rise to first team status. Tierney has since then captained the club on two occasions and was a pivotal figure in Celtic’s historic treble winning campaign in the 2016-17 season.

Teammates Scott Brown, Callum McGregor, Craig Gordon and Stuart Armstrong have also penned new deals, much to the delight of fans, who would be hoping for yet another successful domestic campaign under Rodgers’ leadership. Club captain Brown signed a two-year extension while McGregor, also an academy graduate, extended his stay at Celtic Park by four more years.