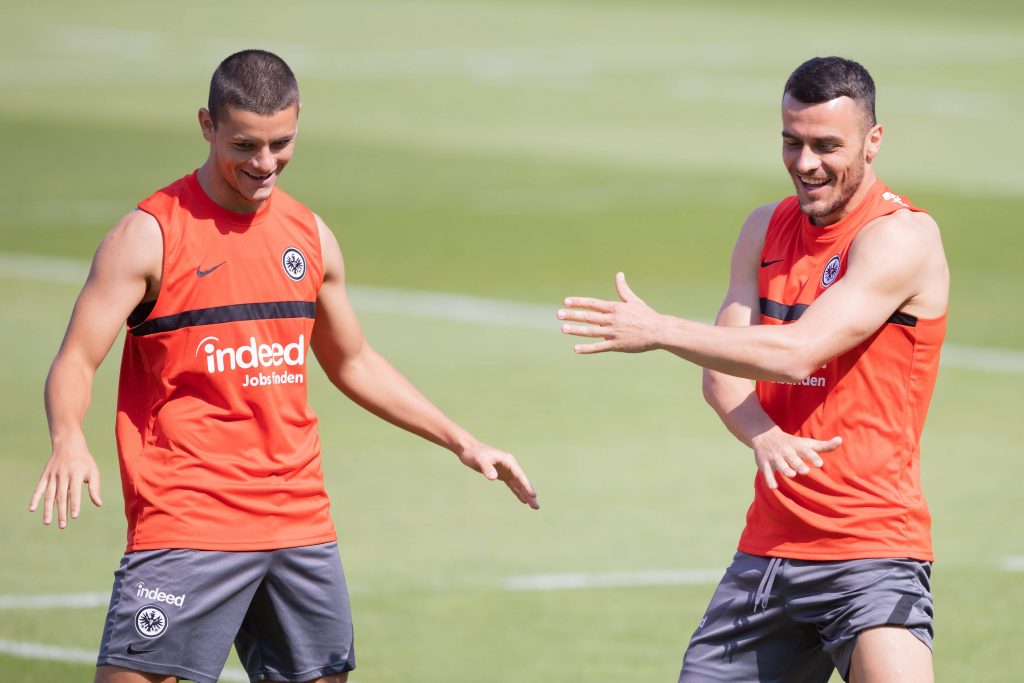 Dejan Joveljic will continue his career across the Atlantic after Eintracht Frankfurt agreed to sell him to Los Angeles Galaxy permanently.

According to Fabrizio Romano, the parties have found an agreement over the youngster’s four-and-a-half-year switch to Major League Soccer.

Only the final details are missing, but Joveljic is set to become the new LA Galaxy forward by Friday.

The 21-year-old joined Frankfurt from his boyhood club Red Star Belgrade in summer 2019, putting pen to paper on a five-year contract.

However, the talented striker has failed to hold down a regular first-team status at the Deutsche Bank Park, which saw him spend the last year and a half on loan at Anderlecht and Wolfsberger.

After a lacklustre half-season loan in Belgium, Joveljic left the Bundesliga for Wolfsberger last summer.

The young Serb went from strength to strength in Austria, registering 20 goals and five assists in 46 matches in all competitions for GAM FC.

His impressive performances in the Austrian Bundesliga were expected to boost Joveljic’s first-team chances at Frankfurt.

Additionally, Andre Silva’s departure for RB Leipzig earlier in the summer also looked to be advocating his integration in Oliver Glasner’s set-up.

However, Joveljic is now on the verge of securing a move to LA Galaxy, having accrued just four competitive appearances for Frankfurt.

The 30-year-old was Chicago Fire’s standout performer between 2018 and 2020 before switching to LA Galaxy, where he barely got the opportunity to play.

Joveljic’s departure will leave Goncalo Paciencia as the only out-and-out striker at Frankfurt.