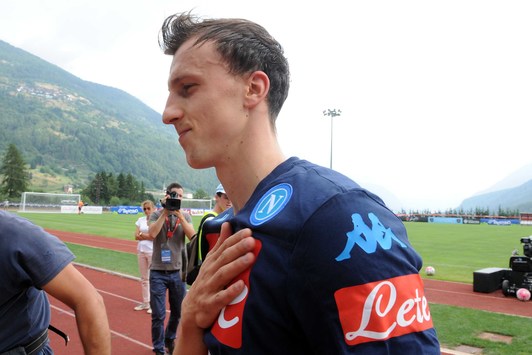 Tottenham Hotspur have confirmed they have allowed their defender Vlad Chiriches join Napoli on Wednesday.

The 25-year-old joined the north London club from Steaua Bucharest in 2013. He failed to cement a regular place in the starting lineup as he managed just 43 appearances in two seasons at the White Hart Lane.

After two years, the Romanian international has decided to end his time in England and has completed a move to the Italian side.

A statement on Tottenham’s official website, “We have reached agreement with Napoli for the transfer of Vlad Chiriches.”

The defender has completed his medical at Napoli and has penned a new deal with the Serie A outfit. Mauricio Pochettino has allowed several players leave the club this summer transfer window.

Etienne Capoue, Younes Kaboul, Cristian Ceballos, Paulinho and Benjamin Stambouli leave Tottenham. Out of these, Capoue and Kaboul were the two players who can play in the central defending position.

However, Tottenham have strengthened their defence as three out of their four signings are defenders. Toby Alderweireld, Kieran Trippier and Kevin Wimmer have been added to the squad.