Mario Balotelli, the £16m new summer signing for Liverpool, has cut a sorrow and frustrating figure for the Reds so far. Soccerlens writers Tamojit & Saikat debate whether Mario Balotelli actually deserves the ‘Genius’ tag on his head.

Tamojit’s view: Balotelli is not over-rated.

Call me names, disagree with my opinion, but honestly I am one of the selected few who doesn’t feel Mario Balotelli is over rated. The controversial 24 year old has an eccentric lifestyle, might be disinterested and appear lazy in trainings but frankly that’s one side of the story. On the field he rarely tracks back to help out his defense, hardly shows an immense work rate and his general influence at times remains largely non -existent. On the hindsight though, he is a true match winner of his day.

When you have already won the Serie A title have a Champions League crown and a Premier League medal beside your name at such a young age, you are something different, and ‘Super Mario’ is. He might have not lived up to his billing at Liverpool as of yet, but it has more to do with tactical tweaks rather than pointing out at Balotelli for the Reds’ struggle this season.

Throughout his career the Italian has thrived while playing with another striker beside him. It was pretty much evident against Tottenham early in the season and with Daniel Sturridge beside him, Balotelli looked a different kind of a player. As history would suggest, he single handedly dismantled Germany in the EURO 2012 semi final. At Manchester City, he regularly came up with the good with an audacious aura. City fans would specially remember his assist to Sergio Aguero which helped them secure the 2011-12 Premier League crown in an unbelievable finish.

He was the focal point of AC Milan’s attacking prowess last season and the Rossoneri would have finished lower in the standings had it not been for his 14 goals (Twice as much as any player). At Liverpool too, he will come up with the goods and as an ever optimist that I am, he needs one game to show his real caliber. Mauro Camoranesi can call Balotelli as over –rated but I am not taking sides in this. 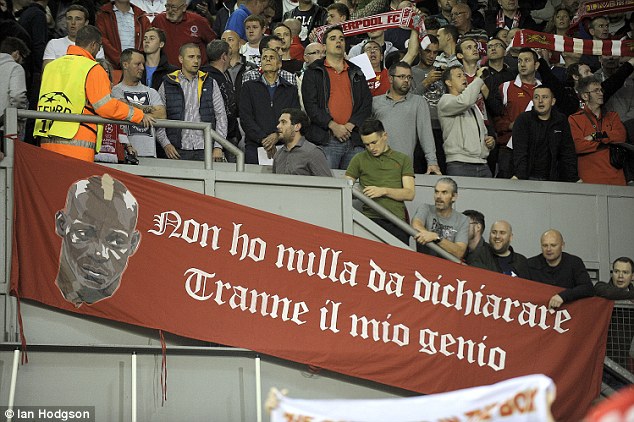 Manchester United legend & now popular football pundit Gary Neville wrote in his Daily Mail column: had Balotelli been a genius, he would still be a City player. The harsh truth is, he has had his moments, and some of them being exceptional, but he lacks consistency which is the first, foremost and the only criteria to call someone ‘genius’ and to rate someone very highly.

Balotelli is a decent player. He has got loads of talent, but so does many good players in the world. I personally cannot highly rate a striker (that is very important) who, at 24, having played for 4 big clubs in his career, has yet to score 15 league goals ever!

He can be a scorer of great goals, but not a great goal scorer. So, for a striker, who doesn’t score goals – how on earth am I going to rate him?

And please, don’t buy me this crap of his medal tally. Even Djmi Traore has one Champions League medal to his name. And Michael Owen won Premier League title with Manchester United where he scored two league goals in that entire campaign!

Truth is, and bitter truth is, he is over-hyped. He grabs most of media attention, mainly because of his antiques – but people somehow tend to mix it with ‘genius’ because he can produce those odd moments of brilliance as well.