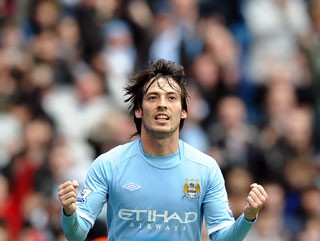 Manchester City playmaker David Silva has signed a five-year extension on his deal, the club have confirmed on their official website. This will keep him at the Etihad till 2019 at least. He becomes the third player after Samir Nasri and Aleksandar Kolarov to sign extensions on their contracts ahead of the new season.

Silva joined City from Valencia in the summer of 2010 for £24 million and became an integral part of the first team right from the off. In a debut season that saw City win the FA Cup, their first major trophy in 35 years, he was pivotal, making 53 appearances in all competitions.

The following season saw City win the Premier League for the first time since 1968, and Silva played a big role, playing 36 times and assisting 15 goals in the league. After a below-par season for both the club and the player in the 2012/13 campaign, Silva was back to his best last year. Even though he had a few injury problems, he was mesmeric whenever he played, scoring 8 goals and assisting 13 in all competitions as Man City regained the Premier League and also won the Capital One Cup. 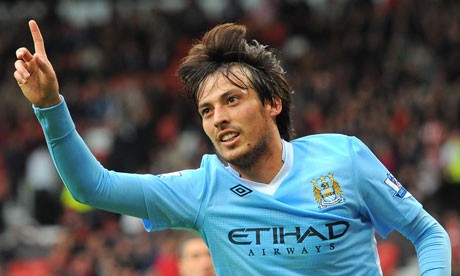 The dazzling Spaniard has called Man City his second home and has expressed his desire to continue winning silverware with the club.

“From the moment I joined the club for yours ago, it has felt like a second home to me”, he said in an interview to the club’s website.

“On and off the pitch, I feel incredibly content and fulfilled professionally and personally, so why wouldn’t I want to stay and keep winning trophies with this fantastic team?”