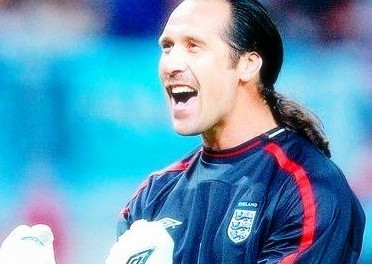 Leeds United edged closer to the Championship play-off final with a 1-0 win over Derby County on Saturday.

The result hands Marcelo Bielsa’s men a huge boost ahead of Wednesday’s return-leg, and they will surely fancy their chances against Aston Villa or West Bromwich Albion should they get to the final.

Kemar Roofe’s strike in the 55th minute – his fourth goal in three games against Frank Lampard’s side this season – proved to be the difference, but the visitors can count themselves lucky after the lineman convinced the referee to overturn a penalty he had earlier awarded against them 14 minutes from time.

Boyhood Leeds United fan David Seaman was very pleased with the slight advantage the Whites secured ahead of the second-leg at Elland Road, and here is how he reacted to the narrow but valuable victory over Derby on Twitter.

No side has ever made the Championship play-off final after losing at home in the first leg, and it will be difficult for the Rams to break the jinx given how unimpressive they were at home.

Leeds dominated from start to finish, with the hosts failing to register an effort on target, and after winning 4-1 at Pride Park in August and 2-0 at Elland Road when both sides met during the regular campaign, Bielsa’s side are favourites once again heading into midweek’s replay.