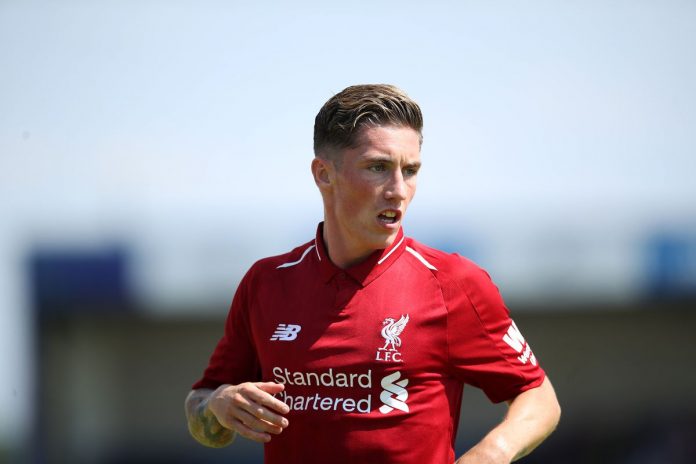 Leeds United are looking to sign Udinese midfielder Rodrigo de Paul this summer, with head coach Marcelo Bielsa keen to strengthen his squad in the middle of the park.

The Whites were earlier linked with Liverpool’s Harry Wilson, and while they were working on a deal for him much earlier in the summer, nothing developed.

The Athletic’s David Ornstein has revealed that Bielsa isn’t a fan of the 23-year-old and he doesn’t think he will fit his style of play at Elland Road, hence Leeds’ decision to go after de Paul instead.

Liverpool want £20 million for Wilson, and it remains to be seen if Leeds or other suitors will return for his services.

Udinese are asking around £37 million for de Paul, and the Yorkshire giants aren’t exactly keen on meeting their demands.

“We know that Leeds United had started working on a deal for him much earlier in the summer but that didn’t develop, I think because Marcelo Bielsa decided that Wilson wasn’t the right player for him and they actually moved their target on to Udinese and Argentine attacking midfielder Rodrigo de Paul,” The Athletic journalist said on Ask Ornstein.

“Now it seems that De Paul did want to come to Leeds and that would have been a very exciting signing for them. But I don’t think Leeds can get close to the asking price reportedly €40 million that the Serie A club wants. And the last I heard, Leeds saw that asking price and the deal therefore has been impossible.

“So, presumably they would move their target on elsewhere and that raises the question could Wilson come back on the radar? But if Bielsa doesn’t want him, I don’t see that happening. He would certainly be one to watch because I think Liverpool didn’t want another loan for Wilson. They would like to get money in for him in the region of £20 million. Will that stomp shift as the window goes on and develops and the deadline nears? We would see but in terms of departure at this moment in time? No news I’m afraid.”

While Wilson will most likely leave Anfield before the summer transfer window shuts, a move to Elland Road appears to be off the cards.

Landing de Paul is proving herculean for Leeds too, but they need to sign an attacking midfielder capable of creating plenty of chances if they wish to impress this term in the top-flight, and it will be interesting to see who they go for.