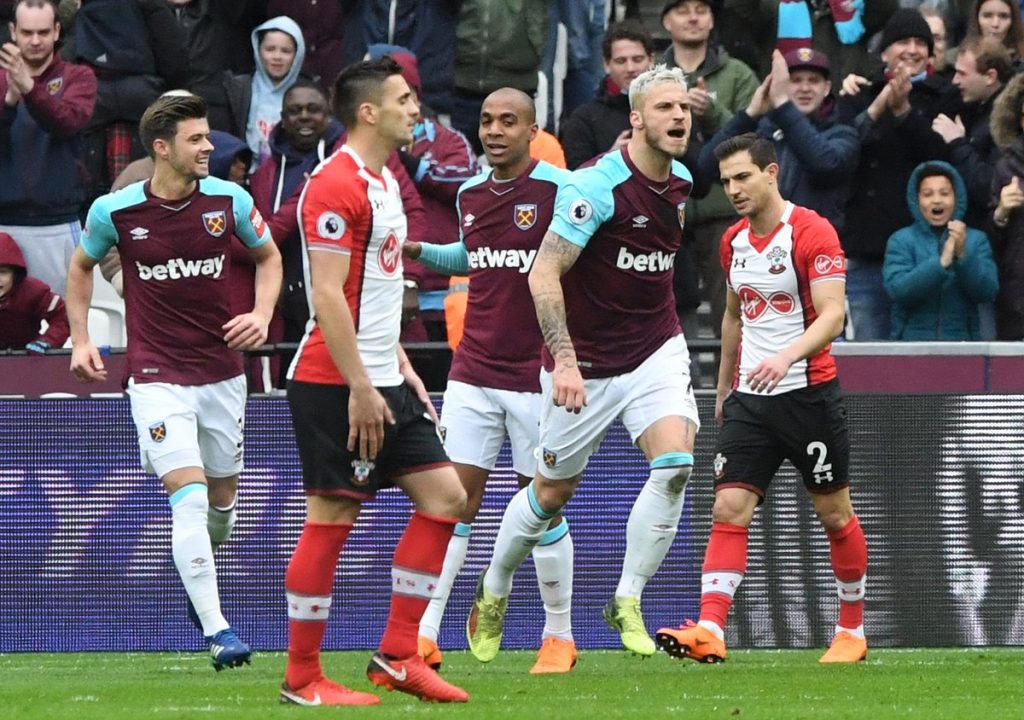 David Moyes has showered heaps of praise on West Ham goalscorer Marko Arnautovic after the Hammers earned a crucial 3-0 win against Southampton on Saturday.

Arnautovic scored twice in the first half while Joao Mario added another, as West Ham sealed all three important points that took them to 14th in the Premier League table.

Moyes says that he is thrilled with the performance, and has praised the team spirit. The West Ham boss revealed in the press conference that he just wanted him to get a hat-trick.

“I just wanted him to get a hat trick if he could, that’s what I was saying to him ‘get your third goal, keep at it, make sure you don’t do anything…just do your job’,” said Moyes to Football London when asked to share the conversation between him and Arnautovic.

“To be fair, the game’s not about Marko, the game is about the team and it wasn’t the Marko Arnautovic show it was how well the team had done and if he has any problems we weren’t thinking about them for sure.”

It was a great win for the Hammers who bounced back strongly following three consecutive defeats. They did well to overcome their recent troubles, and it is imperative now to build on this performance and end the season on a high.

The Hammers had 48% of possession, attempted 13 shots of which they managed to keep five on target, according to BBC Sport.

Arnautovic has taken his goal tally to nine in the PremierLeague season, and Moyes will be hoping that his key player delivers again when West Ham will face London rivals Chelsea in their next match.