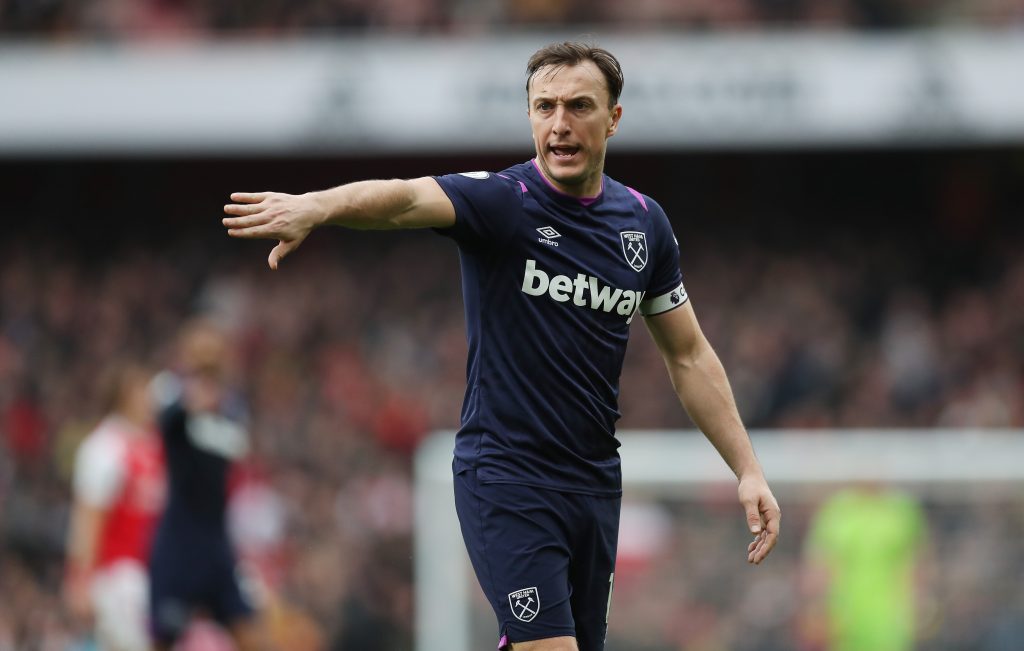 West Ham United manager David Moyes has claimed that the team needs experienced players like Mark Noble to get through this tough period.

The Hammers are fighting to stay in the Premier League and they have just 27 points from 31 games. Aston Villa and Bournemouth have the same number of points as well but they are below West Ham on goal difference.

It will be interesting to see if David Moyes’s side manage to beat the drop this year. Going down to the Championship would be catastrophic for the Hammers. They have spent good money on new players this season and the fans will be expecting them to stay up at the very least.

Relegation would not only mean financial losses, it could strip them of their talented players like Declan Rice.

Speaking to the media, Moyes said that Mark Noble is a player who is a leader and he is reliable, resilient. Moyes added that the team will need his help in the remaining games.

He said: “Reliable, resilient, a leader, all words to describe him, he’s got it all. There are times where we will have to look after him because he is a bit older but we need him because he knows what it means, he has been there. He can take on jobs that others can’t.”

In reality, Noble is past his peak and he has been quite disappointing this season. If West Ham have to depend on him, their chances of survival seem bleak.

Here is what the Hammers fans said in response to Moyes’ remarks.

God help us. He is so out of form it’s scary.

Moyes’ sense of urgency is abysmal. Noble has been poor all season, even worse after restart, and he’ll keep him in due his leadership? We need more pace, we need concentration… Nobes offers none of those.

Noble on the bench from now on. Good for 20-30 mins in second half
Moyes is strangling the life out of us for sure

Love noble but it’s time to thank him and move on. Shouldn’t be anywhere near the team assuming we have fornals Soucek and rice to start.

Not particularly inspiring is he

No not really Moyes 🤷