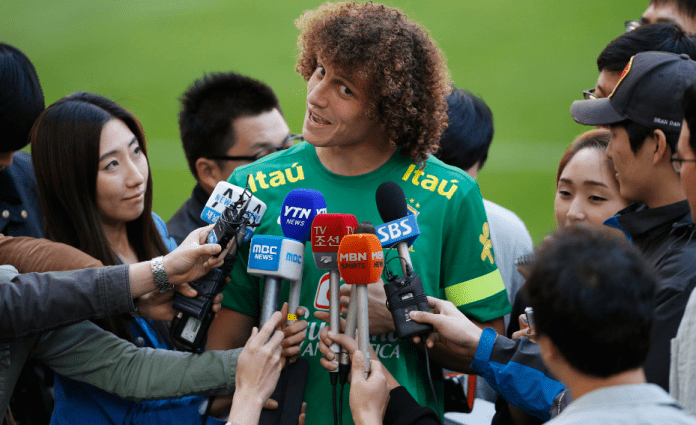 David Luiz’ return to Stamford Bridge for £34m this summer has been met with an equal amount of delight and disdain, both from neutrals and Chelsea fans alike. The 29-year-old left the Premier League on the eve of the 2014 World Cup in Brazil, becoming the world’s most expensive defender as PSG shelled out £50m for the centre-back. He went on to captain the Selecao in the infamous 7-1 defeat to Germany in the semi-finals in the tournament with the world effectively ruling him out as a footballer.

From record breaker to laughing stock, there is no more rollercoaster a footballer than David Luiz in terms of how the public view him. One day he scores a cracker and gets man of the match, the next he’s reviled for a timely lapse in concentration that costs his side the game. Luiz spent three topsy-turvy years in the heart of the Chelsea defence, winning the Champions League in 2012 while also being described as a defender who looked as though he were being controlled by a 10-year-old on a Playstation by one Gary Neville. 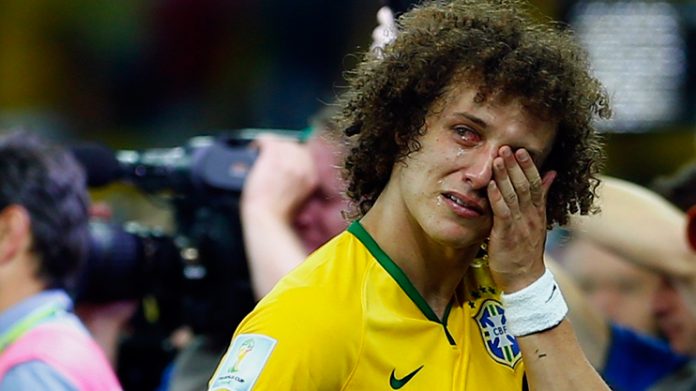 But the continued deployment of the tousle-haired Brazilian in the heart of defence is surely the biggest case of footballing misuse seen for years – but Antonio Conte finally has the chance to put things right.

Cast your mind back to February 2014. Chelsea are third in the table after 23 games, three points behind Man City, their next opponents. City had not lost a home game all season and had last failed to score at home in November 2010. David Luiz, used sparingly by then boss Jose Mourinho, started in central midfield alongside Nemanja Matic.

Rather like a pitbull in a ballpen, the Brazilian dominated the middle of the park, roaring around the pitch tackling anything that moved. Putting in a man-of-the-match performance, David Luiz helped the Blues to a momentous 1-0 win over their rivals, putting them to within touching distance of top spot.

“Right from the start he looked more comfortable in midfield than he does at centre-half, just as many people suspected he would,” said Nevin. 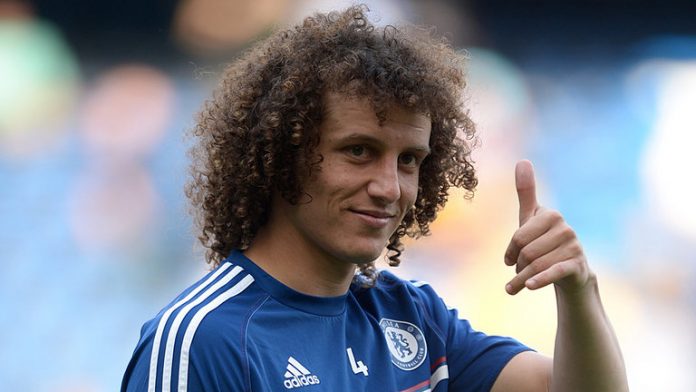 “It has been slightly disappointing that no one has thought to put him in midfield until now. He was doing all the things you would expect him to do in that position.”

David Luiz’ biggest criticism is that, all too often, he leaves his post in search of the ball, be it to win back possession or to start attacks. But really, this is his best asset. And the reason for his chastisement? Being a central defender.

But is this centre-back really a centre-back? Possessing of a brilliant passing range, a natural flamboyance, a rapier-like shot from open play and dead ball situations, and an eagerness to charge up the pitch; I put it to you that David Luiz is not a centre-back and he has been horribly wasted up until now.

Why on earth would you put a player who is desperate(and capable) to make a mark on a game in the last line of defence?

His goal against Bayer Leverkusen in the 2011 Champions League is a brilliant indicator as to his talents:

What a goal. And not a fluke. Here is a player taking the ball from deep, charging through the line, receiving a layoff and curling into the bottom corner. Certainly not good behaviour for a centre-back, but now back at Chelsea after a two-year sabbatical to France, David Luiz doesn’t have to be.

The key here is N’Golo Kante. The superb Frenchman was the unsung hero during Leicester City’s stunning title win last season and is the ultimate mop-up artist. So far he has been starting with Oscar and Matic in midfield, with the pair given licence to roam forward while Kante picks up the pieces. It has worked, with Chelsea winning all of their opening three Premier League fixtures this season. But while Oscar has proven himself worthy of making a tackle, Matic has not, and arguably will never, prove himself a capable attacking outlet.

This is why the signing of David Luiz makes perfect sense. Why struggle on with Matic in a hugely ill-suited box-to-box role when you have arguably the new Michael Essien yearning for a return to West London?

A David Luiz-Kante partnership in the centre of midfield would be a force to be reckoned with. Both men with more than capable defensive instincts and one with often outstanding attacking abilities, neither shackled with the knowledge that every move they make could mean life or death to their team. Antonio Conte has made the first step in re-signing the Chelsea Geezer – now we wait to see if he’s brave enough to reforge him.

David Luiz is one of the new breed of defensive-minded footballers, like David Alaba or Phillip Lahm. A defender with the attacking intent of a loaded cannon. Let him off the leash, Antonio.