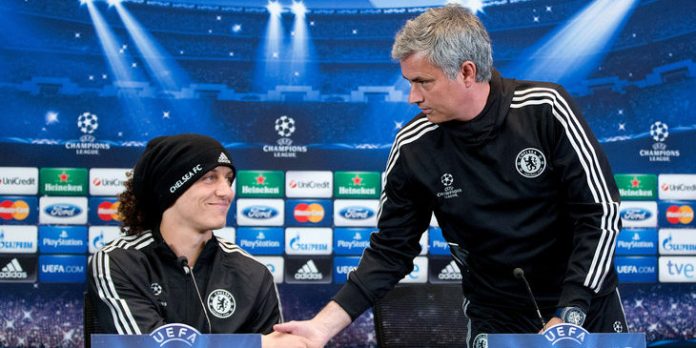 Ahead of PSG’s Champions League second leg clash with Chelsea, David Luiz has stoked up the tension by claiming Jose Mourinho is not special.

Luiz told a L’Equipe journalist, via Four Four Two: “He is special for you, not for me.

“I had some great moments at Chelsea and won a lot of titles. I was very happy.

“They are having a great season, defend well and have great players but above all I know my team. We will try to score there and play like we know how.

“We will have a good game plan and implement it the best way possible to achieve a great performance. Both can still qualify.”

Luiz was a fab favourite at Chelsea but went out of favour of Jose Mourinho and was eventually sold for £50m last summer.

The Brazilian defender may not hold a strong relationship with Mourinho, but his fellow PSG team-mate Zlatan Ibrahimovic holds him at a high regard.

Ibrahimovic scored 25 Serie A goals in 35 league starts under Mourinho when the pair worked together at Inter Milan.

“I had a great experience with Jose,” Ibrahimovic told Telefoot, via Evening Standard.

PSG travel to Chelsea with the first leg tied at 1-1 but the Blues have a slight advantage courtesy of their away goal in France.