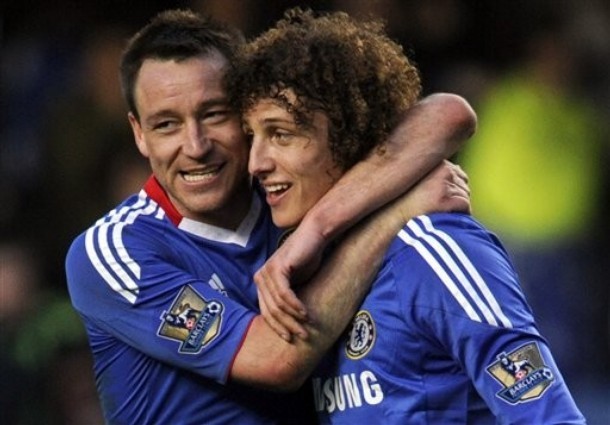 The Brazilian was yet again a pivotal figure in his side’s upturning that has seen their recent slump somewhat vanquished and propelled them into possible Premier League contenders once again. Although Fernando Torres was brought in by Roman Abramovich to give the team added impetus up front, it’s his defensive purchase that has stolen the headlines as well as netting critical goals.

Luiz’s cost raised an eyebrow or two (£21.3million), with exception to Carlo Ancelotti’s renowned brow and those affiliated with the selling entity Benfica. In Portugal he displayed his immense talent at the back with a tendency to orchestrate his natural flair in the final third. It was disputed whether or not he could adapt to a top European League. With England’s top tier being fast paced and aggressive many have failed to adapt coming from overseas – bearing in mind Ramires who arrived at Chelsea from Benfica last summer took time to adapt to his new level.

At 23-years age he is not exactly a rookie but he has displayed a bagful of youthful exuberance during his outings in blue. There is a real desire and warmth from the Brazilian as he seeks to get involved and do his utmost to help his team. His understanding with Captain John Terry is getting better game by game after a few niggly mishaps in their early days – notably the needless penalty Luiz conceded against Fulham in stoppage time last month. Their relationship is somewhat similar to that Terry had with Ricardo Carvalho before he departed to reunite with Jose Mourinho at Real Madrid. Luiz is more or less a carbon copy of the Portuguese centre-back. Both have fantastic capabilities in defending, wonderful distribution, a willingness to go forward and even the odd flash of aggressiveness that can be deemed cynical. Terry and Carvalho formed one of the best central defensive partnerships in Premier League history and his departure to Spain – despite his veteran status – was seen as an error by the hierarchies of the West Londoners.

However, Ron Gourlay and Bruce Buck have conjured up a terrific piece of business in luring one of Europe’s most sought-after properties and the team is already reaping the benefits. Luiz is nowhere near the finished article but the early signs are extremely promising. He has already taken to the Premier League’s intensity and physicality like a glove to a hand and even chipped in with two monumental goals against both Manchester clubs that have reignited Chelsea’s domestic campaign. The continuous development of the relationship between himself and John Terry only looks to become more telepathic and the blend of youth and experience will work in the manager’s favour.