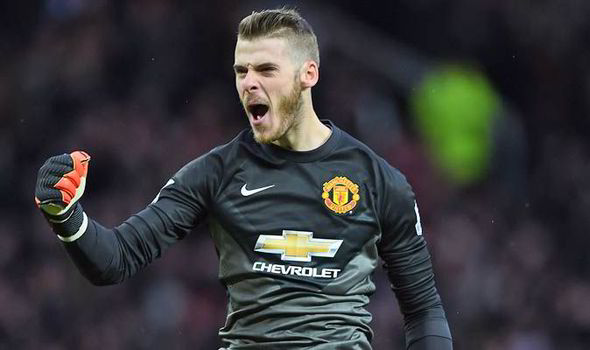 Real Madrid are leaving no stone unturned in making sure that David De Gea will join them at least by next year. While the ideal situation for them would be for the Spaniard to leave Manchester United this summer, the club have made arrangements to make sure that De Gea doesn’t sign a new contract with the Red Devils even if he stays on for the 2015/16 campaign.

The headline today in Spanish daily Marca read “De Gea: Protected”, followed by the revelation that Madrid would pay the 24 year-old €5 million if he chose to stay at Old Trafford this season. This is to make sure that De Gea isn’t tempted to sign an extension on his deal at United, which runs out next summer. After this, Madrid would be able to sign him for free. 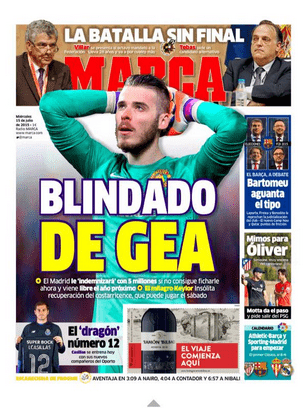 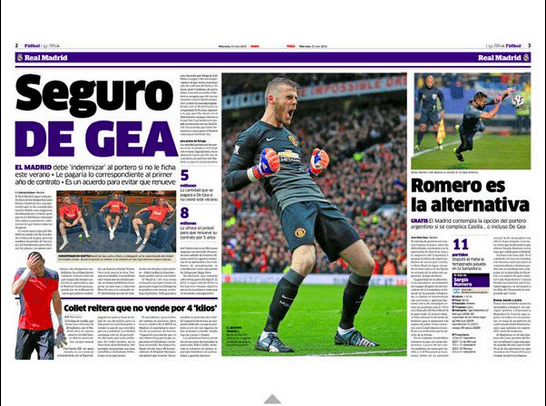 Iker Casillas has left the Santiago Bernabeu after 25 years and if Madrid are unable to sign De Gea, it would leave Keylor Navas as the the only recognised top-quality goalkeeper in the squad. The biggest obstacle in pushing the deal through, is reportedly United manager Louis van Gaal, who is adamant not to sell his star performer from last season for anything less than €49 million.

United are still keen on signing Sergio Ramos, and have €45 million, according to a report in AS today. But, Madrid will hold out all offers below €90 million, which is their valuation of the Spanish centre-back. 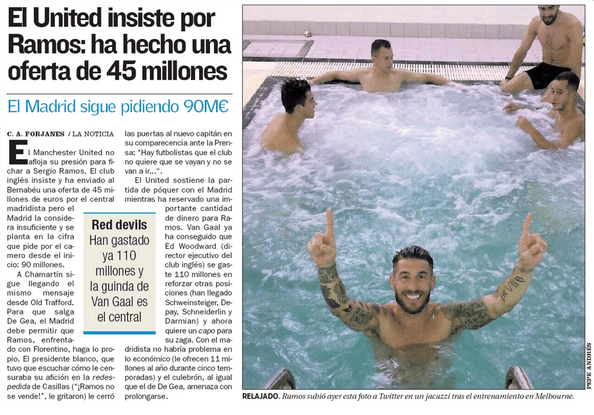 Madrid are hoping that De Gea’s desire to move to the Spanish capital could help see the transfer transpire in the next few weeks. De Gea has joined his United teammates in training in their pre-season tour of the United States of America, but his future remains unclear.