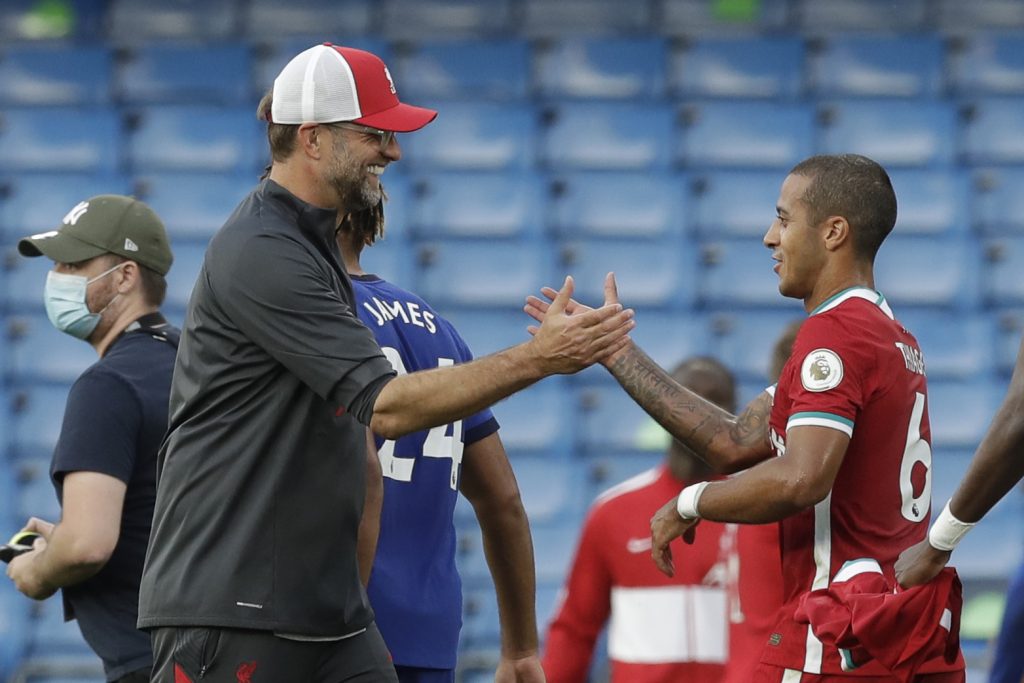 Liverpool made two signings over the weekend, bringing in Thiago Alcantara and Diogo Jota from Bayern Munich and Wolverhampton Wanderers respectively, and not many people saw the moves coming.

With just two weeks left in the summer transfer window, the Premier League defending champions have made three signings so far, with Konstantinos Tsimikas joining from Olympiacos on August 11.

Despite sealing the last two moves for a combined £65 million, Liverpool have only had to pay around £9.5 million in total in initial payments for the duo due to the structure of the deals.

The remaining money will be spread over the next four years, and Peterborough United chairman and owner Darragh MacAnthony has been left impressed with the recruitment, reacting thus on Twitter:

I was slightly worried about lack of recruitment from Liverpool up until a week ago 😂. I take it all back. Methodical recruitment at its best with 2 recent signings. Love it.

The League One chief knows all about the rigours of recruitment, and the Liverpool’s moves definitely awed him.

Thiago hit the ground running on his debut, completing more passes than all the Chelsea players in 45 minutes during yesterday’s 2-0 win at Stamford Bridge, and Jota could make his bow against Arsenal in a week’s time.

The duo definitely help boost the Reds’ squad depth and overall quality, and landing them will help increase their chances of retaining their Premier League title without a doubt.