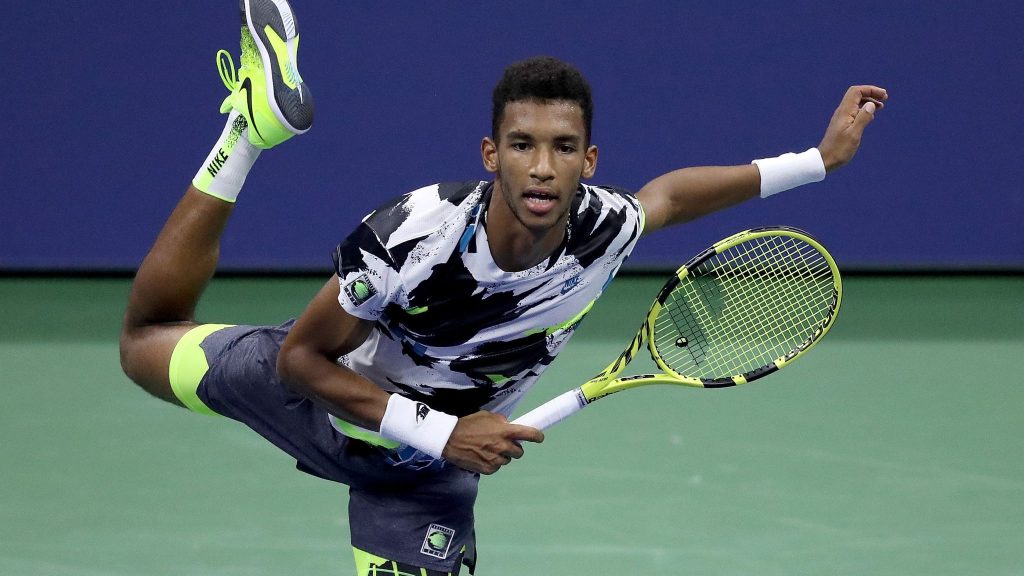 Canadian star Felix Auger-Aliassime faces world number two Daniil Medvedev for a place in the US Open semi-finals on Friday night and tennis fans can watch and bet on the match live online.

Register an account at bet365 to watch and bet on US Open live streaming. Daniil Medvedev vs Felix Auger-Aliassime is live online from 21:00 on Friday September 10.

Second seed Daniil Medvedev will square off with Felix Auger-Aliassime on Friday in the semifinals of the 2021 US Open at the USTA Billie Jean King National Tennis Center, New York. The Russian saw off Botic van de Zandschulp in a tough quarterfinal, losing a set but ultimately prevailing 6-3, 6-0, 4-6, 7-5. He is expected to face a stiff challenge in Auger-Aliassime who scrapped out victories over Frances Tiafoe & Roberto Bautista Agut but looked dominating in Tuesday’s match against Carlos Alcaraz that ended in victory for him after the Spaniard retired in the second set of the match.

To watch this fascinating match at the US Open, simply open a Unibet account, make a small deposit. Then, go to the IN-PLAY section and select the game you want to view. All US Open live streams will be available as long as you have a funded account.

Daniil Medvedev will be looking to make his second Grand Slam of the year when he locks horn with Auger-Aliassime on Friday. And considering his recent form and rankings, the 25-year-old is expected to repeat the feat at the US Open, and we could see a rematch of the Australian Open final in New York with Novak Djokovic also likely to prevail over Alexander Zverev.

The Russian has been spectacular so far in the tournament, registering routine victories over Richard Gasquet, Dominik Koepfer, Pablo Andujar, and Dan Evans. He was yet to drop a single set when he came up against Botic van de Zandschulp in the quarterfinal. However, the Dutch player provided tough competition in the last eight and took a set off him before ultimately falling 6-3, 6-0, 4-6, 7-5.

Auger-Aliassime, meanwhile, has been defying expectations at the 2021 US Open. He came into this tournament on the back of a rather mediocre season but rediscovered his best form in New York. Despite facing challenging opponents, he came out on top, showing great resolve and tenacity. The Canadian took five sets to defeat Roberto Bautista Agut in the third round before overcoming his round of 16 adversary Frances Tiafoe in four sets to earn a match with Carlos Alcaraz.

Auger-Aliassime was in control of the quarterfinal encounter when the Spaniard withdrew from the match in the second set due to injury.

Medvedev and Auger-Aliassime have played each other only once at the Canadian Masters in 2018, with the Russian emerging victorious in three sets.

Bet on Medvedev vs Auger Aliassime at bet365

Daniil Medvedev has been cruising through the US Open draw but he hasn’t been challenged yet. The Russian is the clear favourite to win the semi-final matchup at the Flushing Meadows, considering his experience and recent amazing form. However, Auger-Aliassime is very capable of springing a surprise, with the 21-year-old boasting a strong forehand and an aggressive style of play.

Auger-Aliassime will have the crowd on his side and it might be worth chancing him to pull an upset at odds of 19/4. The Canadian has a strong record of making ATP Finals and if he can hold onto his serve then he can spring the shock.

To watch Medvedev vs Auger-Aliassime live, uninterrupted, and in full, just sign up and make a small deposit into your Unibet account by 01:10. Then, kick back and enjoy the top action from the US Open men’s semi-final.

SportsLens can get £100 in Bet Credits, which are the same as Free Bets, when registering an account at bet365. Simply register your details and make a deposit and bet365 will give you Bet Credits to the same value as your deposit, up to a maximum of £100.