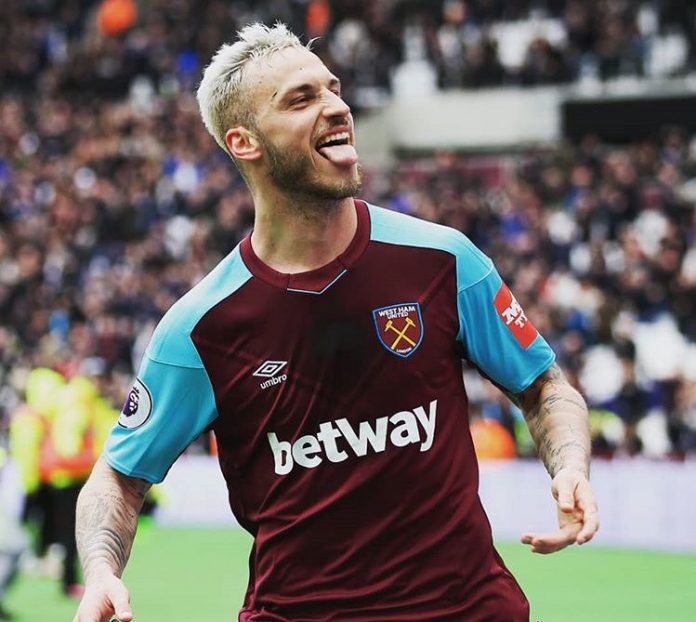 Former West Ham player Daniel Gabbidon has taken to social networking site Twitter to express his reaction after the Hammers earned a fantastic win against Southampton in the Premier League clash on Saturday.

They thrashed their relegation rivals 3-0 at the London stadium, and ended a run of three consecutive heavy defeats.

The Hammers overcame the tension around the ground when Joao Mario and then Marko Arnautovic scored within the opening 20 minutes.

Arnautovic added his second in first-half stoppage time to make it 3-0 at the break. Thereafter, David Moyes’ side controlled the game, and made sure they see off their opponent in style.

Gabbidon describes the victory as a “huge result” and believes that the Hammers will be safe if they can keep on producing results like this. He tweeted:

Go on #WestHam that’s a huge result! If they keep the clean sheets coming there will be nothing to worry about. #COYI ????

Another former player, Carlton Cole, also took to Twitter to express his reaction after the game. He noted:

Well done to @WestHamUtd on this important win. Really put on a good performance at the right time to solidify our position in the league. ???? onwards and upwards.

West Ham managed 48% of possession, attempted 13 shots of which they kept five on target, in the course of 90 minutes, according to BBC Sport.

With this result, the Hammers have jumped to 14th in the Premier League, five points above the relegation zone.