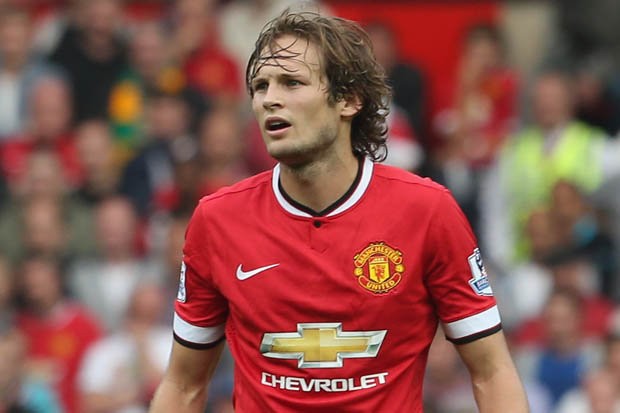 Manchester United midfielder Daley Blind has injured his knee ligament while playing for his country against Latvia. Check all the latest updates here.

We have an update from The Guardian. Blind will undergo a scan, but Holland & United fear that scan report might reveal Blind may have torn his medical ligaments.

BBC reports that Blind will have a knee scan on Monday. He becomes the second international player to be injured during the International break following David de Gea’s finger injury.

Daley Blind on Instagram says that he is “gutted” with this injury blow and remains positive that he will come back stronger.

Manchester United suffer another huge blow today after reports from Holland suggest that Dutch defender-cum-midfielder Daley Blind has injured his knee ligament and could be absent for four to six weeks. 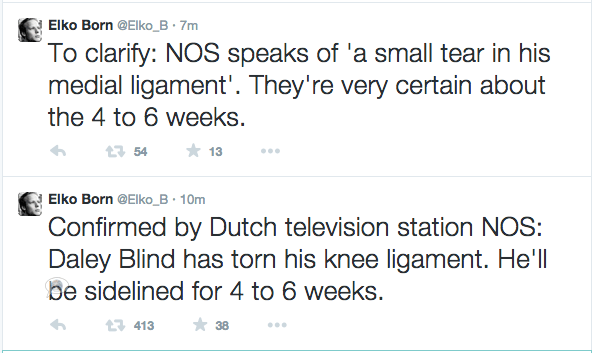 Blind suffered this injury while playing Holland against Latvia. Although the Orange won comfortably won 6-0, Blind’s injury was the major setback. He was replaced in the 19th minute by Jordy Clasie.

Dutch coach Guus Hiddink said after the match: “It does not look so good” and he fears the defender has torn his knee ligament.

The news would come as a big blow to Louis van Gaal, who is running out of luck with injuries. At this moment, United squad has been ravaged with injuries with the defence been crushed down to bare bones.

First choice defender Jonny Evans, Phil Jones, Marcos Rojo are all injured at the moment and now Blind joins them in the treatment room as well.