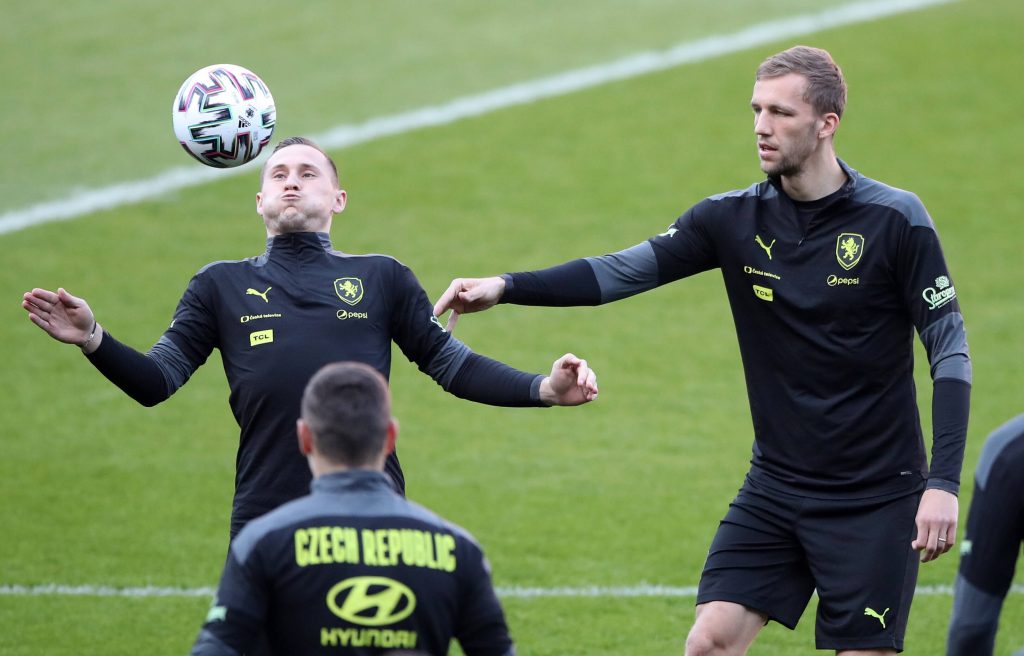 The Czech Republic’s Euro 2020 squad has been brought to light as they have managed to qualify for the final tournament for the seventh time as a sovereign state.

While most of the Czech’s defence plays in the domestic league, Hoffenheim’s Pavel Kaderabek and West Ham’s Vladimir Coufal will pose a real threat from the flanks.

Kaderabek has been a permanent first-team fixture at the Bundesliga club for the past few years and is known for his bursting runs down both flanks.

Meanwhile, Coufal’s arrival at West Ham from Slavia Prague in summer 2020 went very much unnoticed. But the 28-year-old has become indispensable under David Moyes this season, providing ten assists from the right-back.

Coufal’s club teammate Tomas Soucek is one of the standout names in the squad and arguably Silhavy’s most important player.

Despite being noted for his defensive contributions, the combative box-to-box midfielder finished the 2020/21 season as West Ham’s joint-top scorer with ten goals under his belt.

In addition to his endless work rate on both ends of the pitch, the 26-year-old is a genuine aerial threat, as witnessed by his five headed goals in the Premier League this season.

Hellas Verona’s Antonin Barak and Sampdoria’s Jakub Jankto represent the Serie A contingent within the Czech side, with both attacking midfielders performing well for their sides.

While Barak tallied seven goals and four assists for Verona this season, Jankto netted six goals and chipped in with six set-ups for Sampdoria.

As for the frontline, Burnley’s Matej Vydra has made the final grade, but the focus when it comes to scoring will be on Bayer Leverkusen’s Patrick Schick.

The former Roma striker experienced a decent season in the Bundesliga and was the Czech’s top scorer in the qualifying series with five goals.

The Czech Republic will need Shick and his teammates to be at their very best if they are to outmaneuver the competition from England, Croatia and Scotland in Group D.