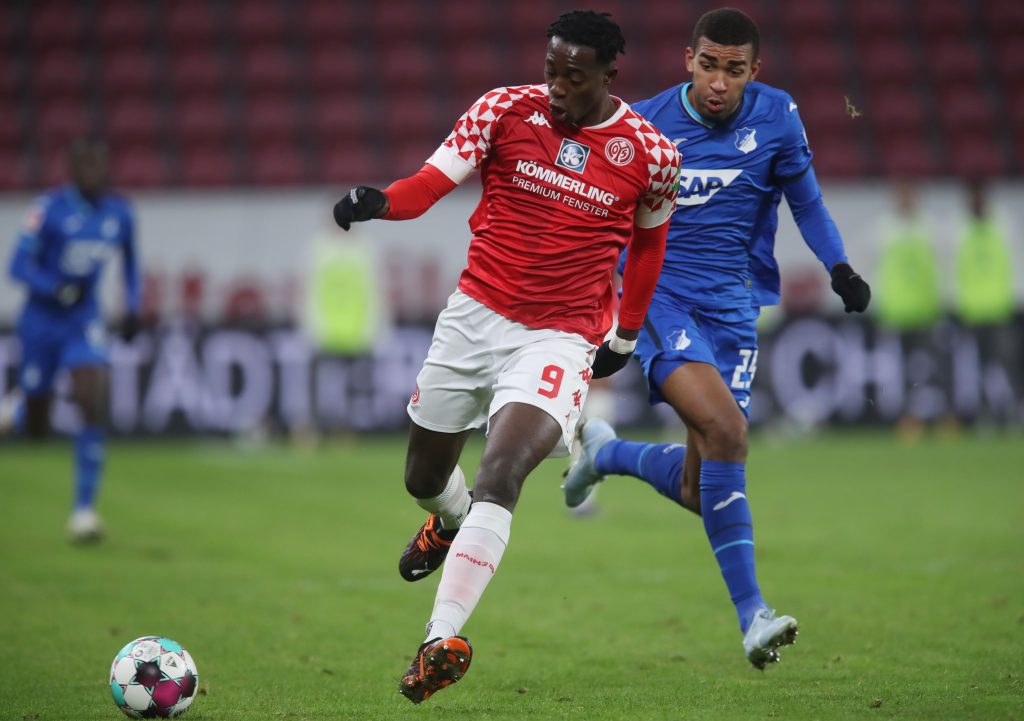 Crystal Palace are weighing up a move for Mainz striker Jean-Philippe Mateta as they look to reinforce their attack during the ongoing transfer window, The Independent claims.

The Eagles are currently 13th in the Premier League with 23 points and have picked up just one win from their last eight matches.

The lack of regular goals has been one of their prime concerns and they have netted only three times in the last six top-flight games.

Hence, they are aiming to bolster their frontline options and it is reported that they are looking into a deal for Mateta, who has bagged 10 goals across all competitions this term.

Out of those, he has registered seven from 15 Bundesliga games and Palace are aiming to prise him away from relegation-threatened Mainz.

Palace have largely been dependent on Wilfried Zaha up front this term and he has bagged eight out of their 22 goals in the league campaign.

Elsewhere, Christian Benteke has managed only three goals leading the line while Jordan Ayew has found the back of the net on just one occasion.

Michy Batshuayi has had a disappointing loan stint and has failed to get on the scoresheet since joining them from Chelsea.

Hence, the club are craving another regular goalscorer, considering they have struggled to create sufficient chances when Zaha has been unavailable.

Mateta has shown that he is strong in the air and has particularly proved a goalscoring threat from set-pieces during his time in the German top-flight.

With more than two and a half years on his contract, the 23-year-old may not come on the cheap for Palace with Mainz also fighting relegation in the Bundesliga.