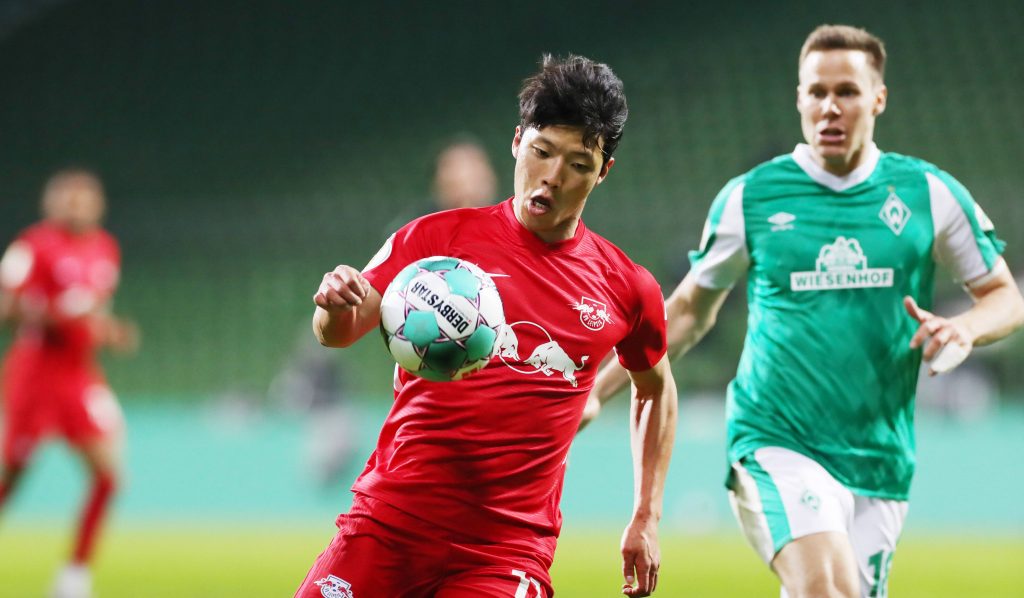 Crystal Palace and West Ham United are interested in bringing RB Leipzig forward Hwang Hee-chan to the Premier League, according to The Telegraph.

The Selhurst Park outfit will need to strengthen their attacking ranks this summer, and the South Korea international has been identified as an option.

Leipzig are open to letting him go for around £10 million, and Palace could take a punt on him.

The 25-year-old is also on Everton’s radar as manager Carlo Ancelotti wants to add a versatile forward to his front-line.

Hee-Chan scored 45 goals for Red Bull Salzburg in four seasons in the Austrian Bundesliga but has scored just three times in 22 games since joining Leipzig in 2020.

The Asian has started just twice across all competitions and could be keen to leave Germany this summer.

Palace could offer him the chance to play regularly, and he could choose them ahead of West Ham and Everton, where there is more fierce competition for places.

Hee-Chan has been praised by his international teammate and Tottenham Hotspur winger Heung-min Son for being hardworking, and those characteristics could come in handy at Selhurst Park.

Brighton & Hove Albion, Leicester City and Wolverhampton Wanderers were all keen to land him in January 2020, having been impressed with his performance against Liverpool in the Champions League.

Hee-Chan was a thorn in the flesh in the back of Reds centre-back Virgil Van Dijk all game, flooring the Netherlands international to score Salzburg’s first goal in the Austrians’ 4-3 defeat at Anfield.

Such an exciting player could help bolster Palace’s attack, and his partnership with Wilfried Zaha and Eberechi Eze could be too hot for Premier League defenders to handle.

In other news, Palace eyeing a summer move for Senegalese striker.